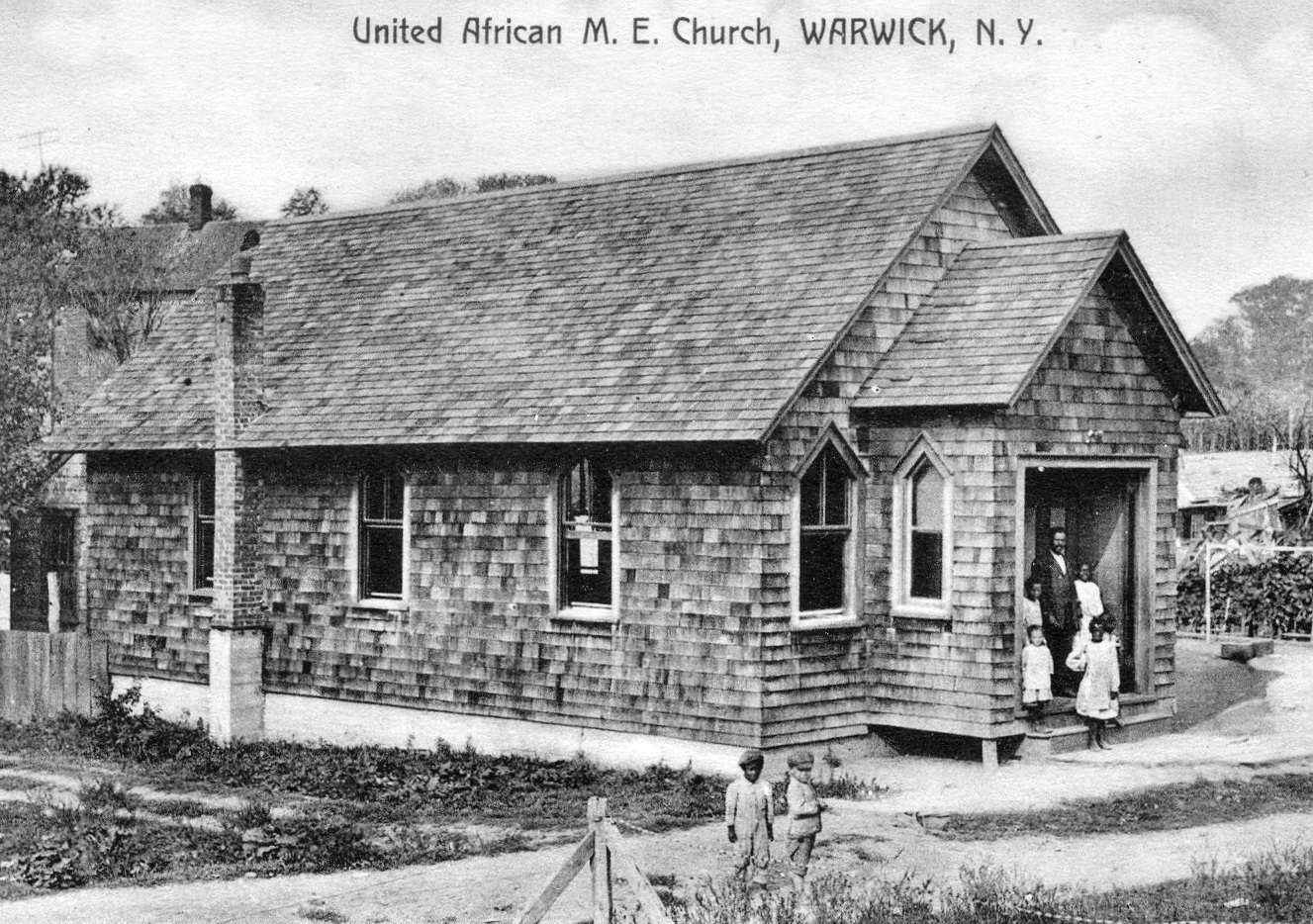 People of color have been members of Warwick's churches and faith community since they were first established.  In some denominations, such as the Dutch Reformed, Presbyterian, and Old School Baptist, a separate area such as the upper gallery was designated for servants and slaves.

One church in particular has been a focus of faith for the Black community, since the early 19th century, the UAME church on McEwen Street. which was founded in the winter of 1904-1905.

This photo shows the church prior to World War 1

The congregation eventually grew out of the small frame church, which was rescued and moved by the community and the Warwick Historical Society, and moved intact to its present home on Forester Avenue.

Persons of color attended many of the early churches; often the church record did not indicate their racial identity.  There are a few that we have found so far.  In 1778 the Goshen Presbyterian church records show a number of marriages of persons of color, then none soon after.  We do not know if the solemnizing of slave marriages was suspended, or what other explanation exists for this brief spurt of marriages-- then, nothing shown for the next period of years.  The "why?" would make an interesting study.