HISTORICAL RACISM AND BIAS IN OUR COMMUNITY

Recent social movements have highlighted that racism and bias have been a part of our community in the past, as they have been in many American towns.

While this history is often hidden or disguised and hard to discover in documents, we are able to bring to light for examination a few primary source examples.  For instance, we can infer from the fact that servants and persons of color were relegated to certain seating sections of churches that a separation by race and social class existed.

The Baptists:  Debate over the Bible and Race

One of the earliest examples of bias is found in the early Baptist congregation.  Elder Leonard Cox argued that the "question" of slavery was a political one, and that support for the theological basis of slavery then current in various "Old School" Baptist congregations--- was to be avoiced as not pertinent to their mission.  He also felt that it had been summarily resolved by the Civil War.  He published a long discussion of this in his own defense, shown in the linked document below.

Ultimately, the Baptists were splitting apart into other congregations (in Warwick, Calvary Baptist Church was founded in 1865) for this and other reasons.

In an unusual example of bias on the part of a slave for those of mixed ancestry, E. B. Hornby in "Under Old Rooftrees" records this memory:

"Rosette was indeed an African. No base white blood ever mingled with the rich tropical stream that coursed through her veins. She was intensely black. Ebony, midnight paled beside her; indeed, she often remarked, with a mellow laugh, 'Charcoal make white mark on Rosette.' She was born a slave, where is not known, but always referred to it with horror ....She had a hatred for a mulatto, called them 'bad-pennies'... She had character, decision and inborn sincerity of purpose"  (Under Old Rooftrees, Chapter 4, p. 92)

Pervasive racist attitudes were a part of every day discussion in the century following the Civil War.  In 1907 the Fortnightly Club, a social group which presented research papers to one another, considered "The Negro Question", with chilling attitudes and conclusions.  See news article linked below.

Warwick's Chapter of the KKK

During the 1920's, when the Ku Klux Klan was pursuing a "pyramid scheme" of expanding its membership (raking in the increased subsequent membership dues), there was for a brief time an active chapter here in our town.  From around 1923-1925 several meetings were held.  In addition to the linked articles below from the local papers, the archive of the Warwick Historical Society contains this document:

Photocopy of clipping in the Florence Tate Collection of the Warwick Historical Society dated March 22, 1924, from apparently an organizational newsletter/paper of the Ku Klux Klan. This shows a photo of the funeral of William Spoul, with several robed Klansmen kneeling at the gravesite. This organization is omitted from the list of organizations to which he belonged, his obituary in the newspaper. Caption of photo: "Warwick NY Klansmen pay their last respects to departed brother. On February 19th, Klansman William B. Sproul, a member of the Warwick Klan, No. 127, Realm of New York, departed from this earthly realm and ascended to the Heavenly Invisible Empire to rest in the arms of the Christ who is the criterion of all true Klansmen. Klansman Sproul was 66 years of age and had been a highly respected citizen of Warwick for a number of years. At the time of his death he held the position of Police Justice. The Warwick Klansmen paid their homage in sending a beautiful floral tribute of a fiery red cross with the emblem of the Order worked on the cross arm in white roses. The cross was six feet in height and was truly a beautiful symbol of the great organization for which Klansman Sproul was such a devoted worker. The funeral was conducted by the Masonic Order. Just as the Masons concluded their ceremony six Klansmen, in full regalia, marched to the grave and knelt for several minutes in silent prayer. Each in turn the deposited a white flower on the casket and departed. All Klansmen extend their heartfelt sympathy to Klansman Sproul's relatives in their bereavement."

According to his obituary, Sproul was a Justice of the Peace in Warwick. 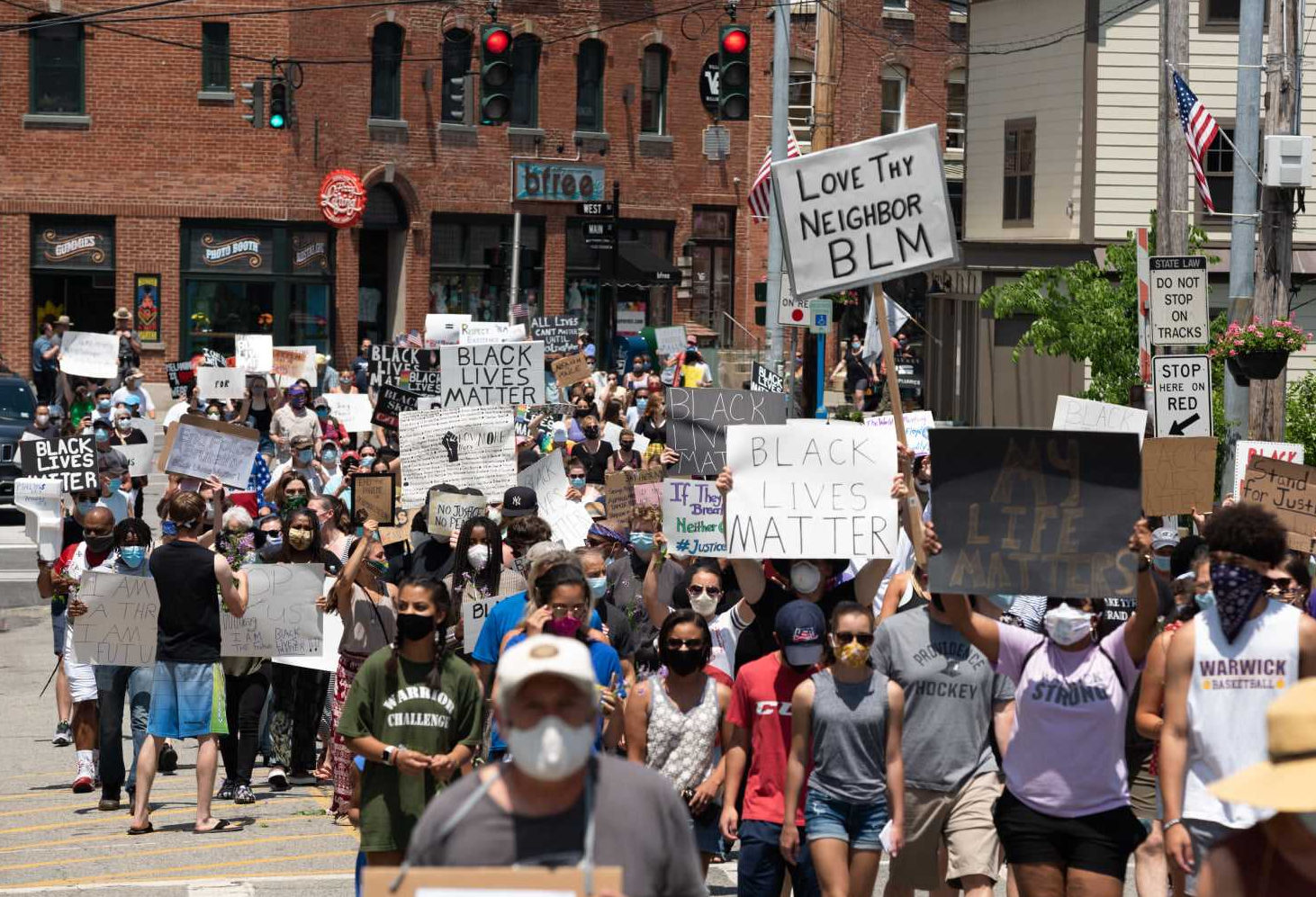 In the late spring and early summer of 2020, while the country was also struggling with the COVID19 pandemic, a social protest movement grew in the nation about police involved deaths of American Blacks, sparked by the death of George Floyd in Minneapolis.

The concerns and activism also prompted several peaceful protests and marches in the Town of Warwick, as well as sparking community dialog. Facebook and other support and discussion groups were formed, with sharing of experiences of racism within the Town.