THE HISTORY OF THE JOHN HATHORN HOUSE: HATHORN FAMILY

John was a successful businessman as well as a teacher and surveyor; he operated several businesses.  During his frequent absences on official business, Elizabeth, the children, their slaves, and hired help would have kept the many enterprises going:

DESCENDANTS OF JOHN AND ELIZABETH HATHORN

The family has many descendants, but a lot of them don't know they are -- So we list descendants from various sources here to help them connect to their illustrious ancestors.

According to Ferdinand Sanford, who recorded a number of stories carried forward by the family, "In the same bedroom on the first floor nine children were born to Col. Hathorn and the same number to his son, George Hathorn."

This letter of Elizabeth Hathorn shows that she was literate and carried on business for John in his absence.[ Click here for transcription] 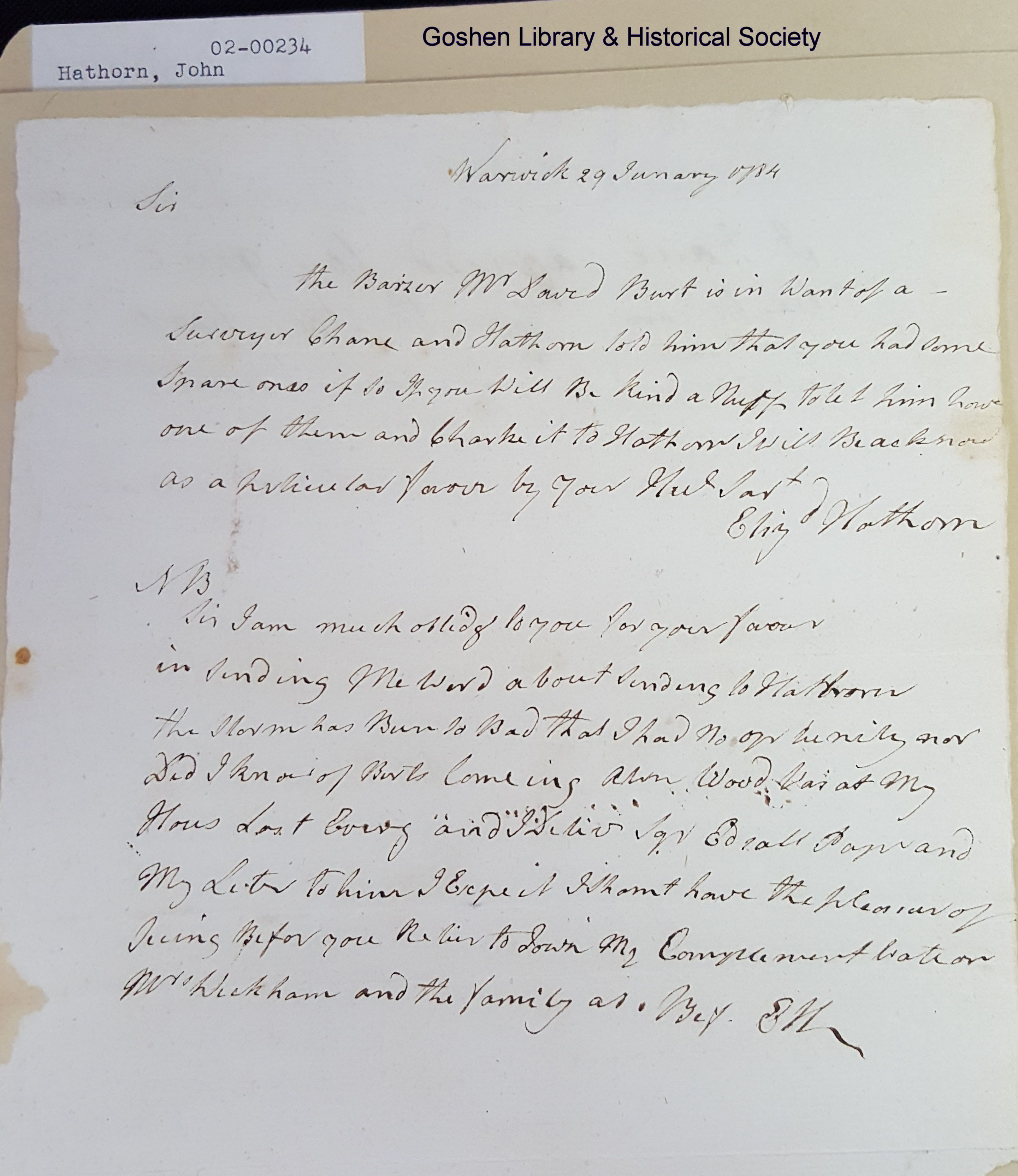 Family Bible, private family collection.  Examination of handwriting with Battle of Minisink reports shows that John made the initial entries.

Elizabeth Welling and John Hathorn were issued a marriage license on December 18, 1771.married on Jan. 9, 1772.

Their eleven children are:

"The children of John and Elizabeth Hathorn were six sons and five daughters: Thomas, who married a Rickey and lived in Paterson; Andrew, a lawyer, unmarried, buried on Sanford farm without headstone; George, married Sally Bell, born in Connecticut and a sister of James Bell;Townsend, unmarried, buried on Sanford farm without headstone; Morris, probably died in youth, John, Jr., married Hannah (called Dorchie) Post, daughter of Col. James (?) Post, lived at Horseheads, NY; one of the sons lived for a time in Brooklyn and his children, it is said, reside in New York city; Sarah, born the 9th of December, 1773, and died the 23th of September, 1839,married Belden Burt, son of Benjamin and Anna and brother of the wife of John Welling, born Jan. 1764, died Jan. 5, 1831. They are buried in the Burt buying ground upon the old farm. (transcriber's note: Grounds of Chateau Hathorn, which was the Benjamin Burt farm).

Although John voted in 1785  to abolish slavery in New York, he did not automatically manumit his slaves.

That law provided for the gradual emancipation of slaves; it required owners to register their slaves and the date of birth of all slaves born into their household to track their length of service and required manumission date.

In that ledger, John's slaves are listed as:

Click here for full transcription of ledger with details

The New York Historical Society owns a manuscript by Hathorn, his report of the birth of a slave child: 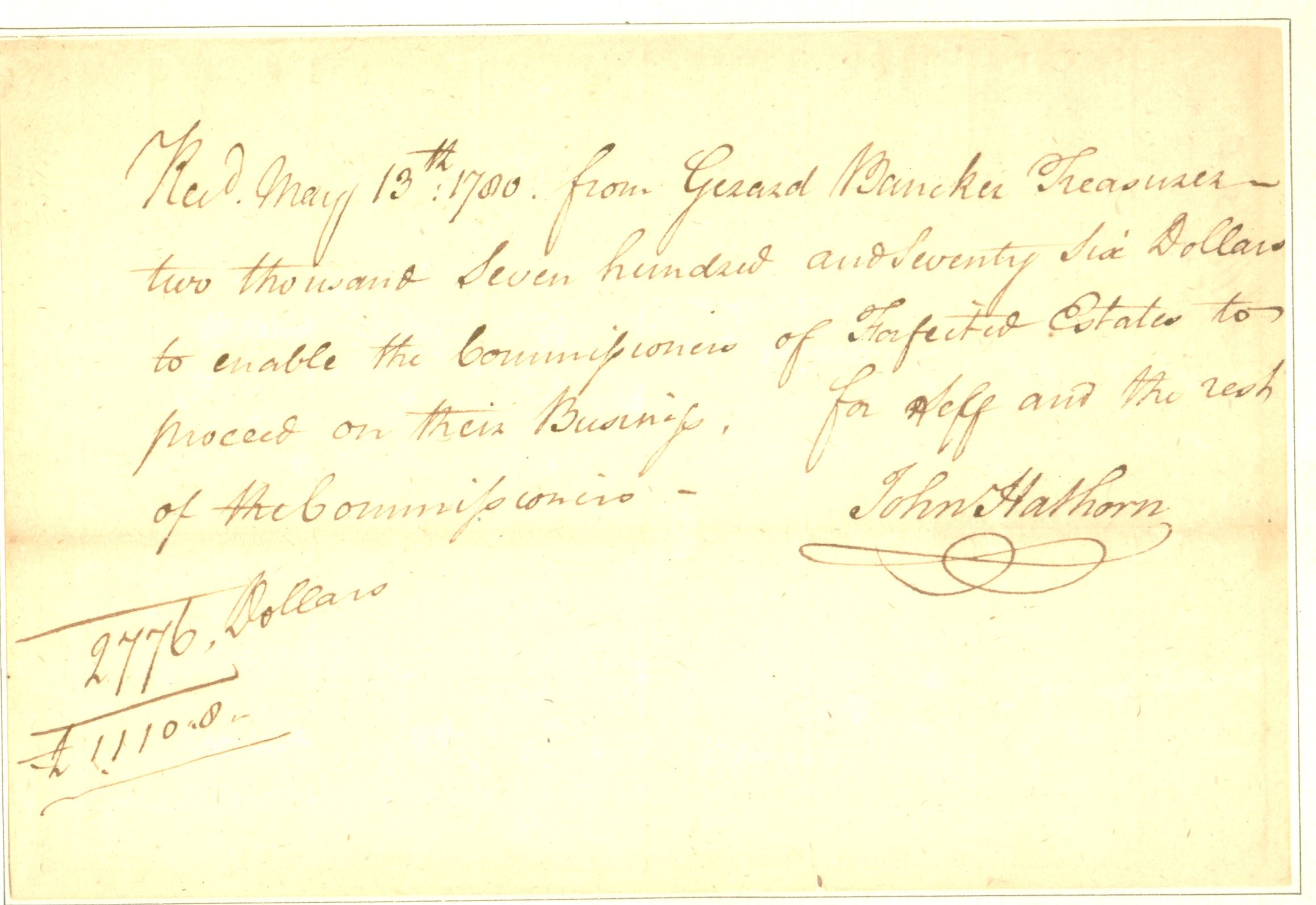