THE HISTORY OF THE JOHN HATHORN HOUSE: Cemetery

Although John and Elizabeth Hathorn and remains from visible graves were re-interred at Warwick Cemetery by the Sanfords, there are likely a number of graves still existing on the knoll in the field behind the house, where once a large tree stood.  As shown on the 1850 map, it appears to be the rear left corner of the property as it is today.

Household slaves and young children were often buried with just a fieldstone as marker or in unmarked graves, so it is likely there are several graves still at the site.

The cemetery location as shown on the 1850 map: 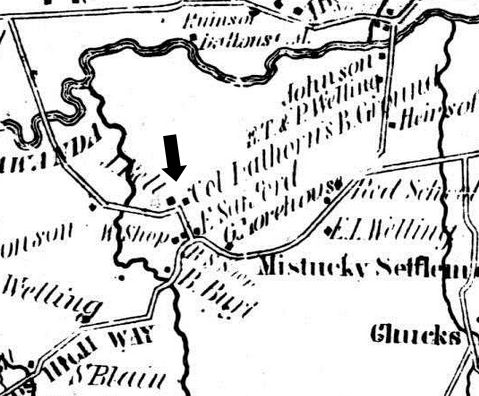