THE HISTORY OF THE JOHN HATHORN HOUSE: RAYNOR FAMILY 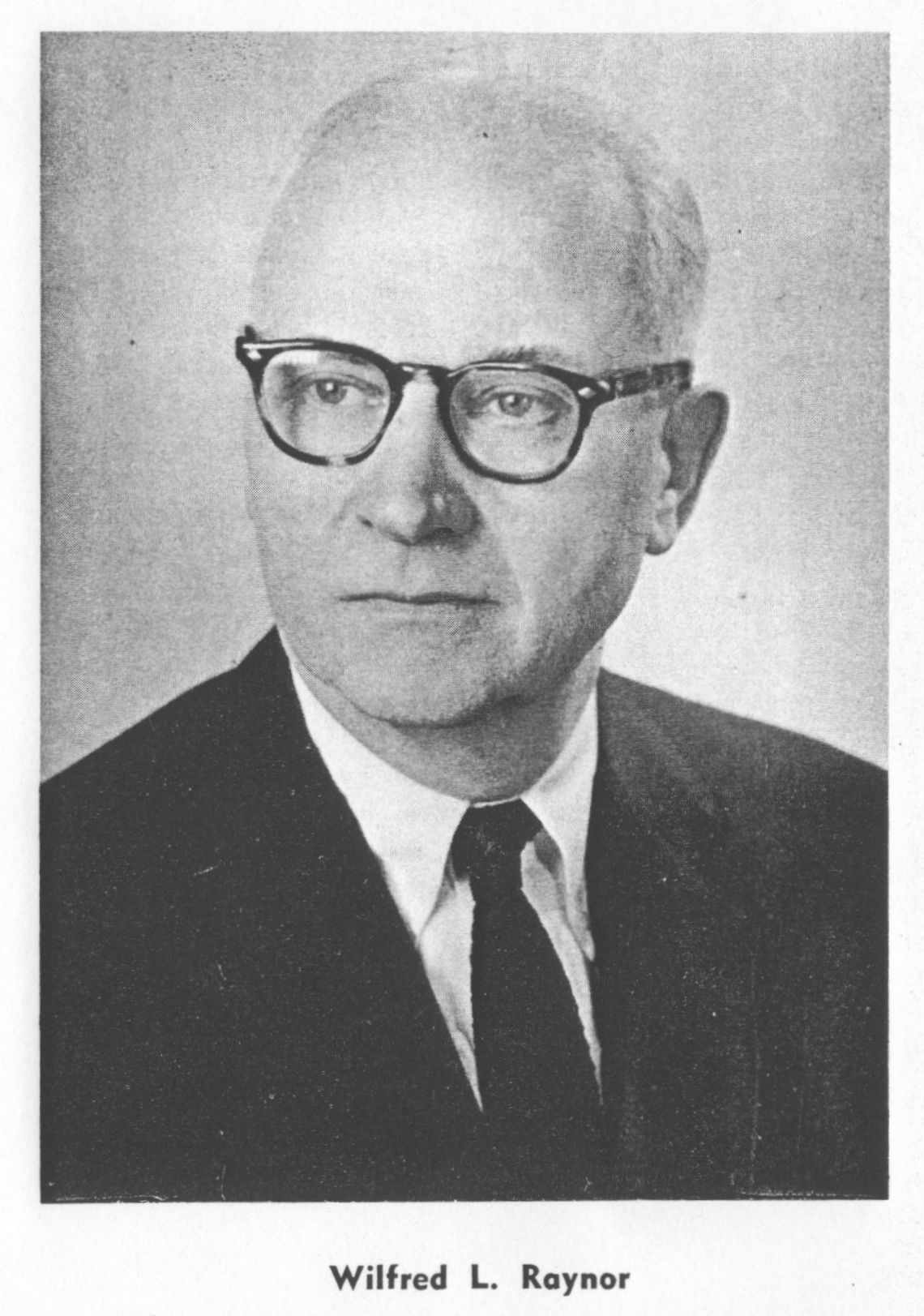 Wilfred L. Raynor (Sr.) was born in Warwick on February 25, 1897, son of Fred Carey Raynor and Lucy Smith Raynor.  His was the fourth generation of Raynors living in Warwick.  He married Dorothy Dunton Richards of Melrose, Massachusetts, and had one son, Wilfred L. Raynor, Jr.  He attended Warwick schools, attended the agriculture program at Cornell, and became part of the family dairy business.  The family also had a food market in Warwick, established in 1896, and a general store in Greenwood Lake.  He and his wife purchased Hathorn Farms in 1926, and he and Dorothy raised the first registered Palominos in New York State.  He later became active in real estate. He was regional Vice President of the National Institute of Farm Brokers. He was a volunteer in many civic organizations and was a trustee of the Warwick Methodist Church and the Warwick Humane Society. (source: brochure published by the family business). 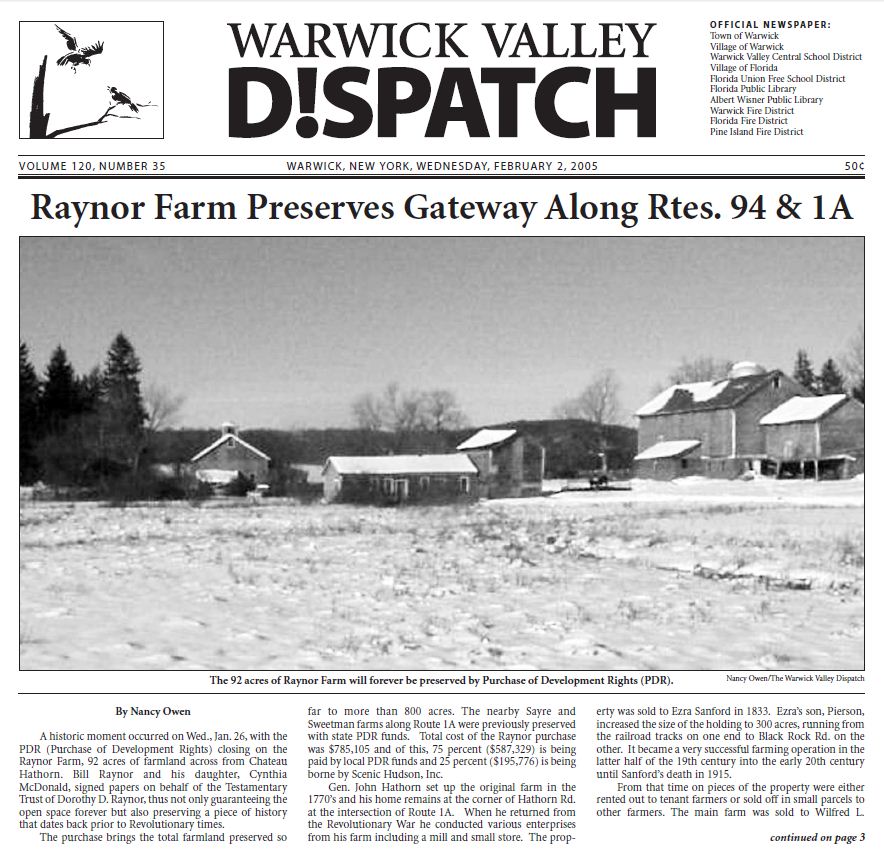 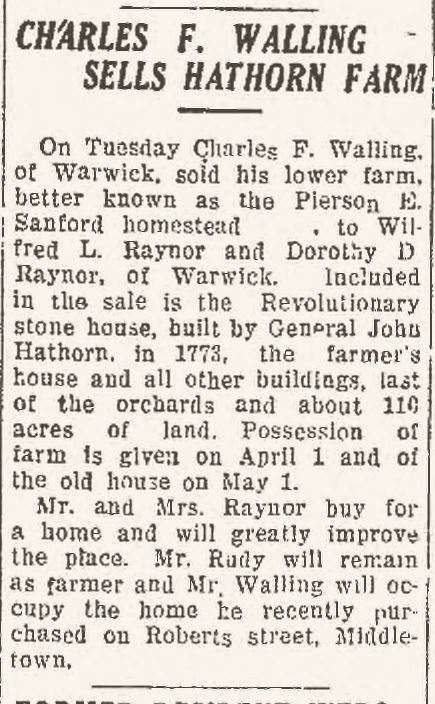