Much of the story of Warwick in the Revolutionary War, the life and career of John Hathorn and his men and their families, is told in the book Pure Necessity: Revolution at Warwick, winner of the Greater Hudson Heritage Network's Award for Excellence.  Available in local libraries and on Amazon.

WHO WAS JOHN HATHORN?

John Hathorn arrived in Warwick about 1770, a surveyor and teacher.

He was soon swept up in the events of the Revolutionary War.  He was appointed as Colonel of the Orange County Militia in 1776.  His minutemen helped guard the Ramapo Mountains and Sterling Forge, responded to alarms about Native American raiding parties along the Delaware frontier, and fought at the Battle of White Plains and other conflict areas.

He was one of the commissioners to determine the placement of the Great Chain across the Hudson at West Point, and his militia men helped build the buildings and fortifications there.

He was a commander of the disastrous Battle of Minisink, yet for the rest of his life was continuously voted into public office, a trusted and beloved representative of the people.

He served on the first and fourth Congresses of the United States and was acquainted with many of the important people of his day, attending the inauguration of Washington, and dining with the President as well as Vice President John Adams.

WHO WAS ELIZABETH WELLING HATHORN?

Elizabeth Welling, daughter of Thomas Welling, married this dynamic newcomer to her community in January of 1772.  During his long and busy career he was frequently absent from home, so to Elizabeth, the children, and their servants and slaves fell the many tasks of running the farm and various business enterprises that they established.

A profile of her life was written by Caroline Welling Edsall in 1923.

In addition to the skills as household and business manager that she of necessity possessed, she could read and write.  A letter discovered by researcher Hugh Goodman shows something of her daily life trying keep the family enterprises going.  We have not been able to discover which repository owns this letter. 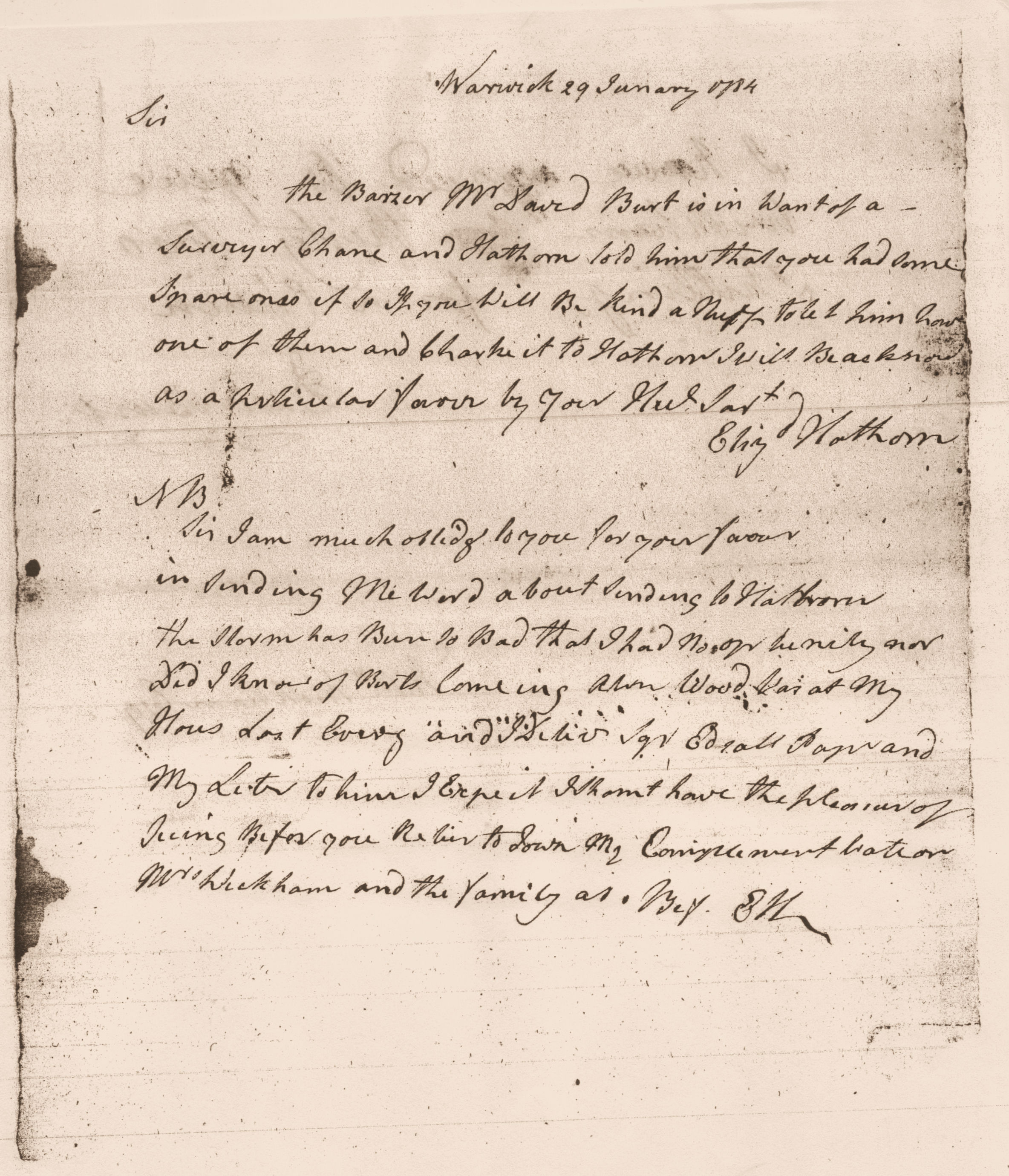 GRAVESTONES OF JOHN AND ELIZABETH HATHORN

According to Samuel Pelton's memoirs published in the Warwick Advertiser on July 16, 1903, the forge was on what became the Davis farm in New Milford, along Rt. 94 just past intersection of Hoyt Rd.  The forge would have been near the stream. 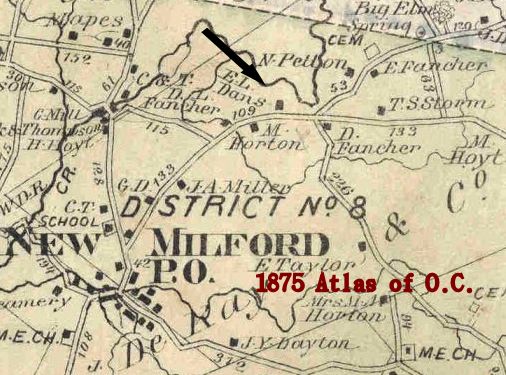 Robert Erskine, Washington's map maker, drew several maps of the Warwick area and its strategic points.  This one shows "Col. Hawthorns" house in the lower left corner, under "Warwick". 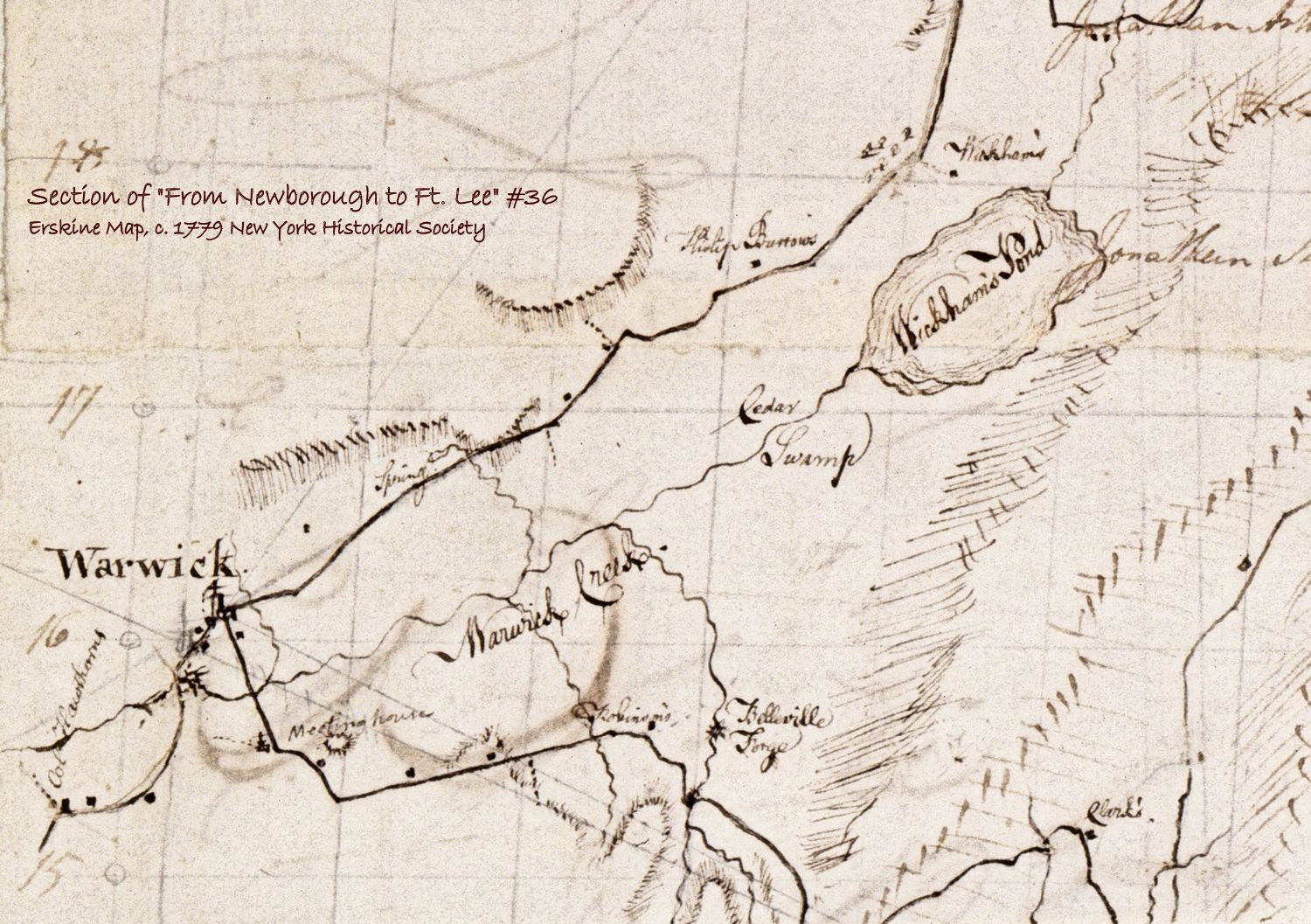 Section of "From Newborough (Newburgh) to Fort Lee, No. 36" by Robert Erskine.  Collection of the New York Historical Society.

LEARN ABOUT THE HOUSE

Click here to go to the History of Hathorn House page

Click here to listen & view a narrated slideshow (approx. 20 mins or choose your own section to view).

"General Hathorn was very erect and preserved a military bearing, becoming stout in advanced life.  He wore breeches and silver knee buckles and when in full dress, top boots." The Wellings of Warwick by Rev. A. A. Haines, 1899.

There is no known portrait of John Hathorn. This composite portrait of him done in 1907, eighty two years after his death, was painted by C. Brower Darst. The painting has been missing for many years, but we have photographs of it.  It was composed from descriptions of him by his family and by the appearance of his grandchildren. This photograph of the portrait  is in a private family collection. 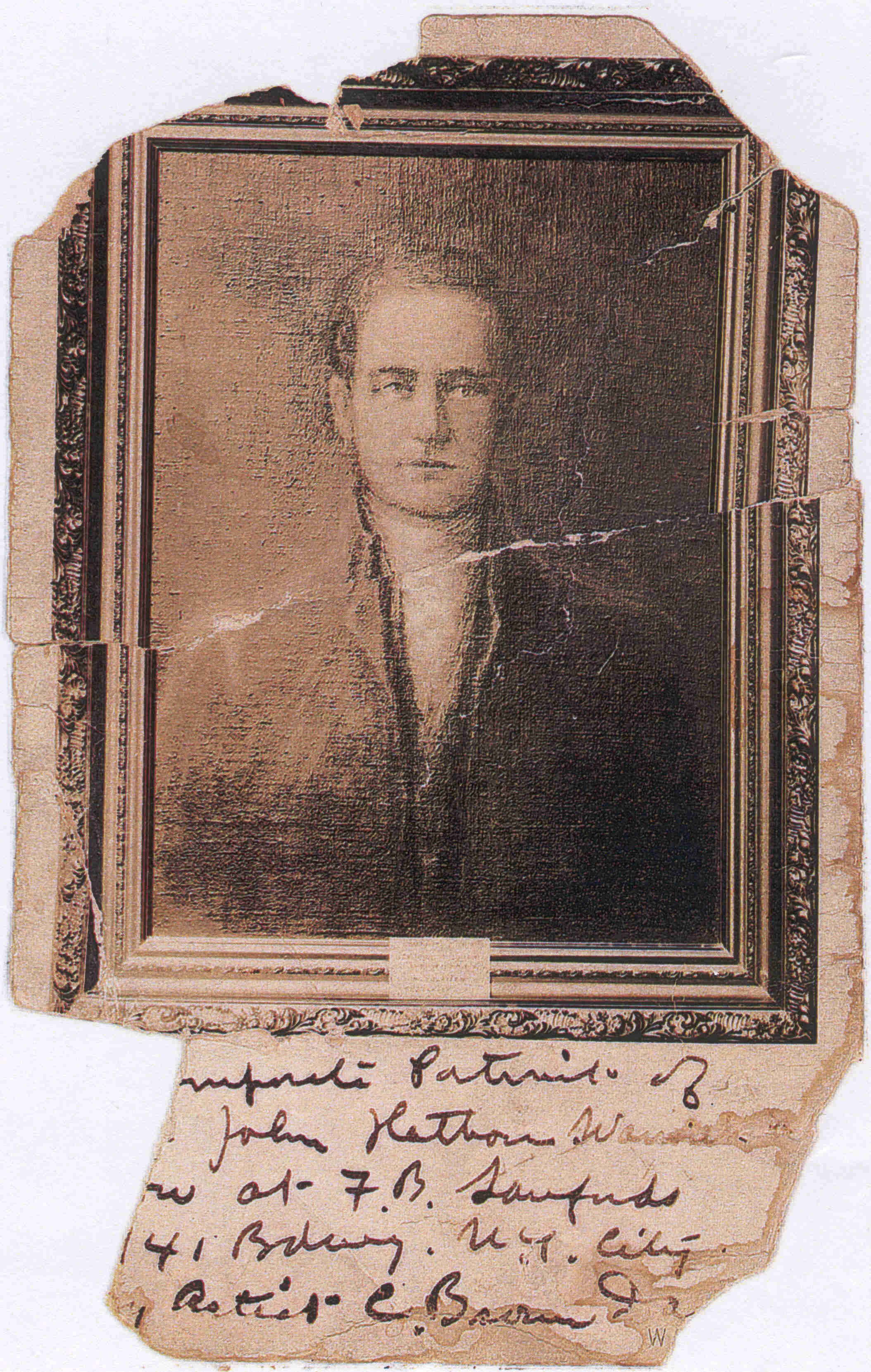 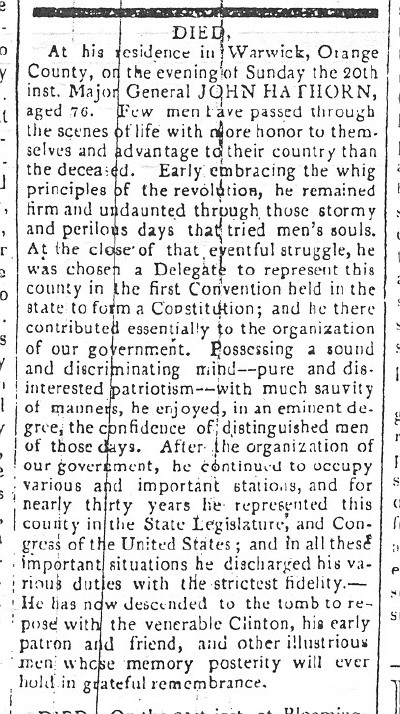