Prehistory through the 19th Century 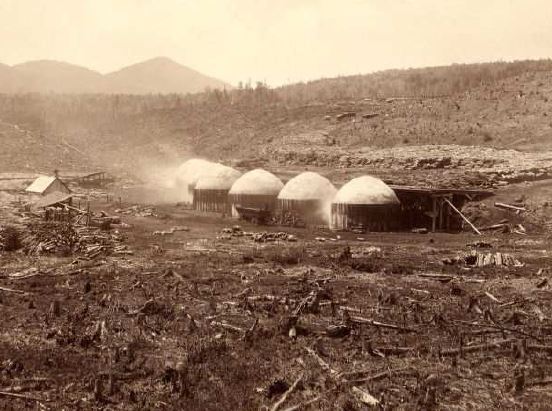 Beginning with the First People arriving in the area after the glaciers retreated over 10,000 years ago,  human actions have had an impact on the natural world here.

Native Americans altered the eccosystem to better serve their needs by use of fire to create clearings or drive game.  European migrants also made substantial impacts as they used and exported natural resources.

In the NY/NJ Highlands, one of the most profound impacts was deforestation to create charcoal to fuel the iron industry.

"....the rarest and choicest species are slaughtered inconsiderately...in such manners, as are rapidly causing them to disappear and become extinct."  Frank Forester's Field Sports of the United States, and British Provinces  by Henry Wm. Herbert, p. 12, 1848.

In her book Under Old Rooftrees, Eliza B. Hornby records a memory of the early 19th century:

"....the good old man, although owning broad acres of timber, would remove an extra brand, saying, ‘We must be very careful; I don't know what our children will do for wood, it's going so fast."