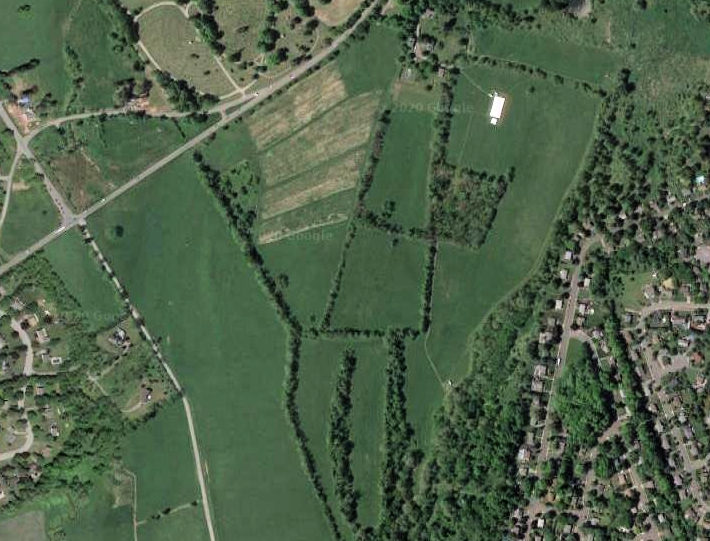 Over many decades, the community was aware that the open spaces of Warwick were under threat from the gradual creep of suburban sprawl.

Farmers were experiencing particularly difficult times as the assessed value of their farms rose in response to land speculation, despite being given community assistance in the form of a lower tax assessment for using their property for agriculture.

By the early 1990s Warwick's farmers were frequently solicited to sell, and offered large sums of money by land holding companies and developers, even as they struggled to make ends meet.

"The adoption of (agricultural, or) use-value assessment (UVA) programs in the United States was driven principally by a combination of two factors: rapid urbanization and rising land values relative to farm income. Additional factors related to tax assessment practices also contributed to UVA adoption…. (It was) estimated that an annual average of 902 thousand acres in the U.S. had been converted from rural to urban uses between 1959 and 1969…. (and) that the nation’s developed area more than doubled between 1960 and 1997, from 25.5 to 65.5 million acres.  This expansion of metropolitan regions into the countryside helped to launch a political movement from the 1960s through the 1980s that favored preferential assessment of rural land… this movement was motivated by “two major concerns: (1) concern for the economic viability of the farmer, and (2) concern over land use and the environment.”

Source: Use Value Assessment of Rural Land in the United States by Anderson & England, 2014 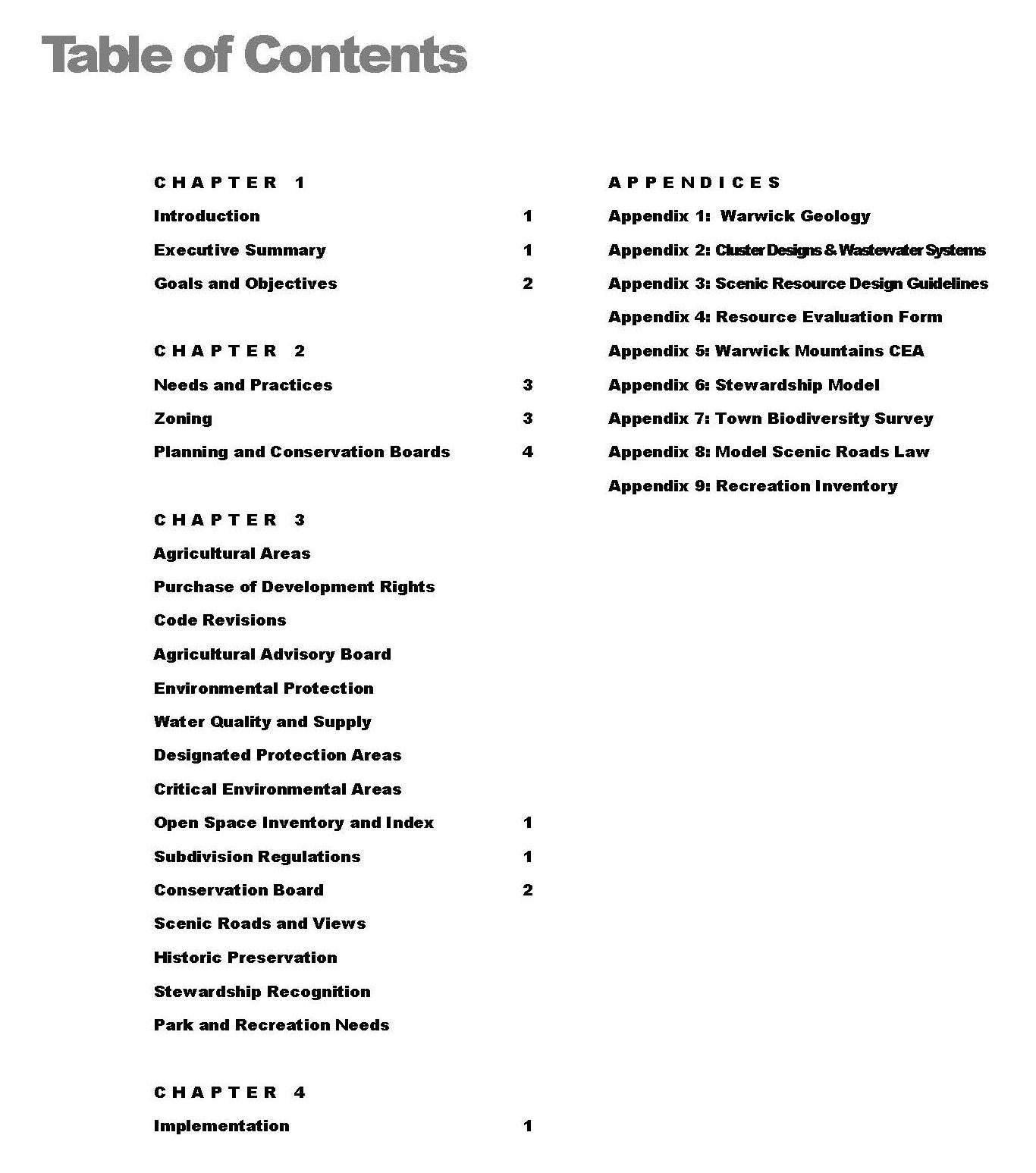 Following adoption of a new Comprehensive Plan which identified preservation of farmland and other open space as a key community goal, in 2000, the Warwick Town Board asked for volunteers to come forward and draft, as an advisory committee, an Open Space Plan.   Twenty three residents stepped forward to study Warwick's open lands and the tools available to preserve them, and the Town provided a guide to follow.

The massive undertaking was divided up into teams to inventory the various types of open lands--- agricultural, environmentally sensitive, historic landscapes and structures, etc.  Next the available tools to preserve them were studied and summarized.

During the process of the study, some landowners became concerned because of the broad scope of the study, despite assurances that the study and recommendations were advisory only in nature and the plan would be revised by the Town Board.

A hearing was held to gather input from the community, in which a number of landowners objected to the broad scope of the plan.

The 80 page draft was completed in March, 2001 after hundreds of hours of volunteer work and presented to the Town Board.

No further word was communicated to the Open Space Committee by the Town Board until the committee was disbanded without notice at a Town Board meeting. The document was permanently tabled without comment or further work.

However, one of the main accomplishments of the committee was to present the various tools available, allow the citizenry to see and discuss the broad range of available tools, inventory lands of concern, and  provide a forum for input and assessment of what would be feasible at the time.

It is interesting to note that the majority of the suggested actions in the Open Space Plan were acted upon in subsequent years.

Long before the Open Space movement began to get traction, farmers and their advocates in Warwick had been trying to seek ways in which to keep valuable farmlands from development, and viable as businesses.  As early as the late 1980's, the idea of "Purchase of Development Rights" (PDR) had been discussed as a tool.

In 1990, the State proposed legislation to help,  The Family Farm Preservation Act of 1990.  After much discussion and amending, New York finally passed the Farmland Protection Program in 1992.   Discussion of the Purchase of Development rights as a means of farmland and open space protection continued in Warwick, with the cause picking up steam in 1998 as farm after farm disappeared to suburban subdivision development.

By 1998, two of Warwick's farms had been preserved using the State's PDR fund-- the Tunis Sweetman farm and Borderland Farm-- but it was clear more help was needed.  The Town Board the same year passed a law granting agricultural easements to those farms that had been preserved under PDR.

A vigorous campaign to obtain more funds through a local bond issue was conducted.  One of the principle proponents was Seymour Gordon, who had long served on the Town's Agricultural Advisory Board.

Warwick's Purchase of Development Rights Program, a $9.5 million tax funded bond issue designed to supplement the State's financial help and open space organization grant funds, was approved by voters after much debate in 2000.

By the year 2007, a significant number of local farms had been preserved using the Purchase of Development Rights program, but the bond issue was depleted and soon to run out.  In that year, Warwick's Town Board passed the Community Preservation Fund, which applies a real estate transfer tax to all sales, a continual source of replenishment of money for preservation of farms, historic landscapes, and open space.

Through use of local public funds with help from the State and many preservation organizations, by 2020 over 4,000 acres of farm and other important open space lands have been preserved.