For use in library only.

This is actually limiting the sketch you are creating of your ancestors.  While local newspapers and Census records can tell facts about a person, an Historical Newspaper such as the New York Times can offer insight into what happened to an ancestor upon arriving in this country.

Whether your ancestor was a stowaway or started his own business upon entering this country, there are things that can often only be found in larger Historical Newspapers like the NYT.

We can use information we find in HNP to trace an ancestor backwards (or simply search an ancestor's name and see what surfaces!).

In the example below, we learn that John was 20 years old in 1938 and from Oklahoma City, so then we can trace him back using other genealogical resources and find his draft card in Fold3. 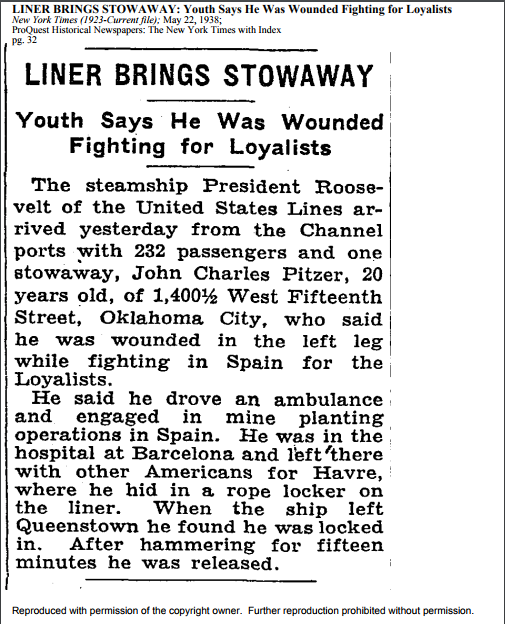 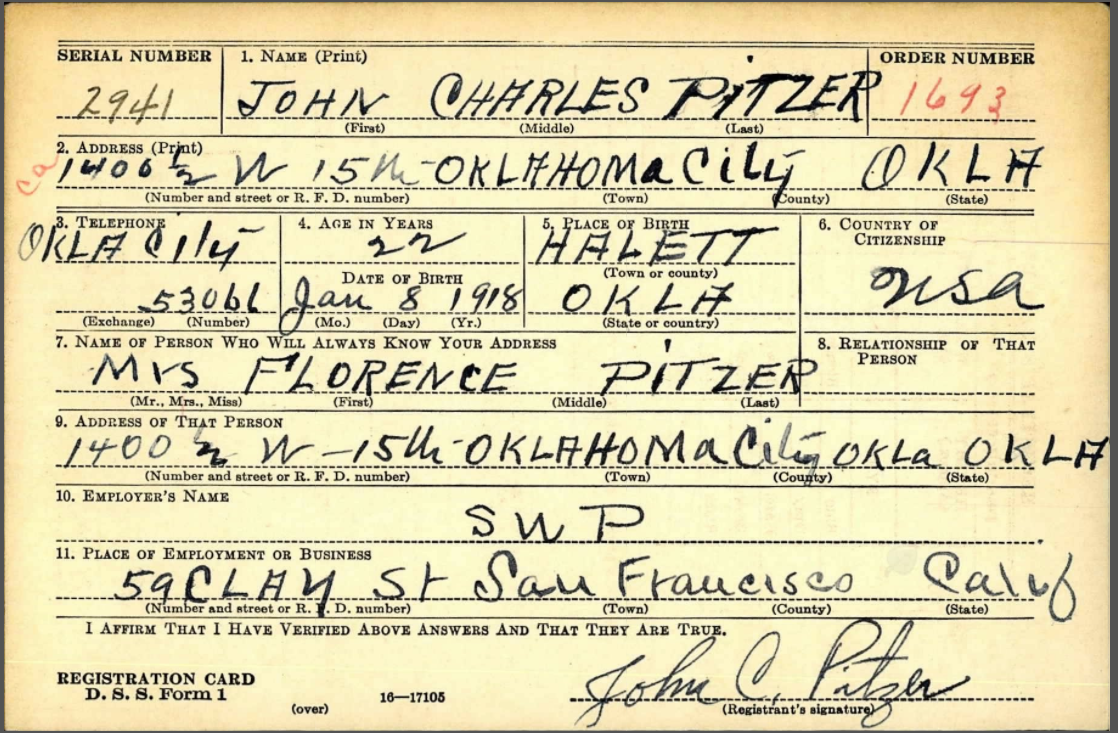 A simply name search in the Historical New York Times reveals more on Mr. Pitzer and helps paint a picture of his experiences as a young man. 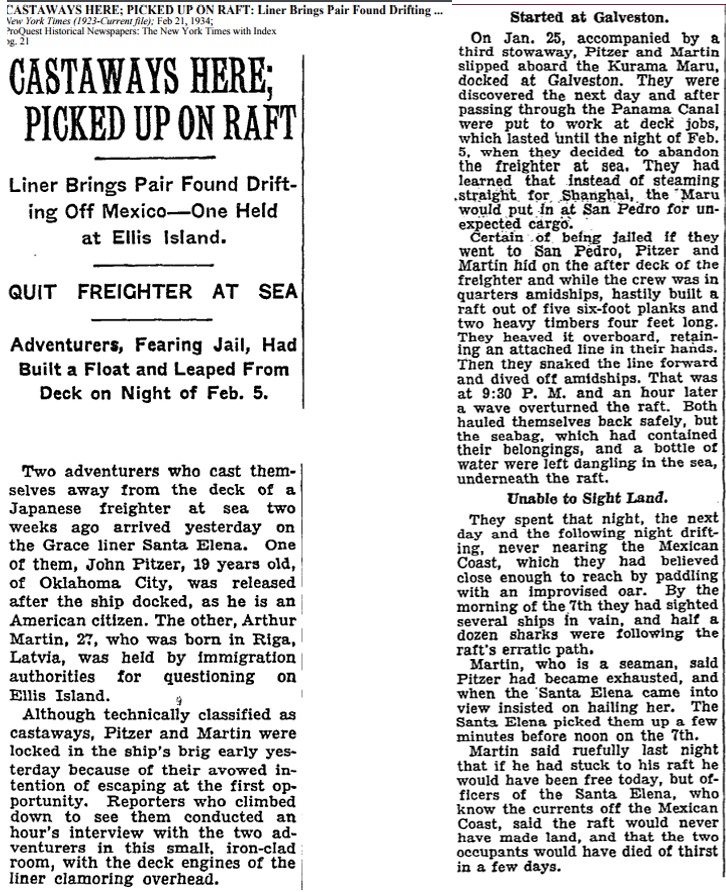 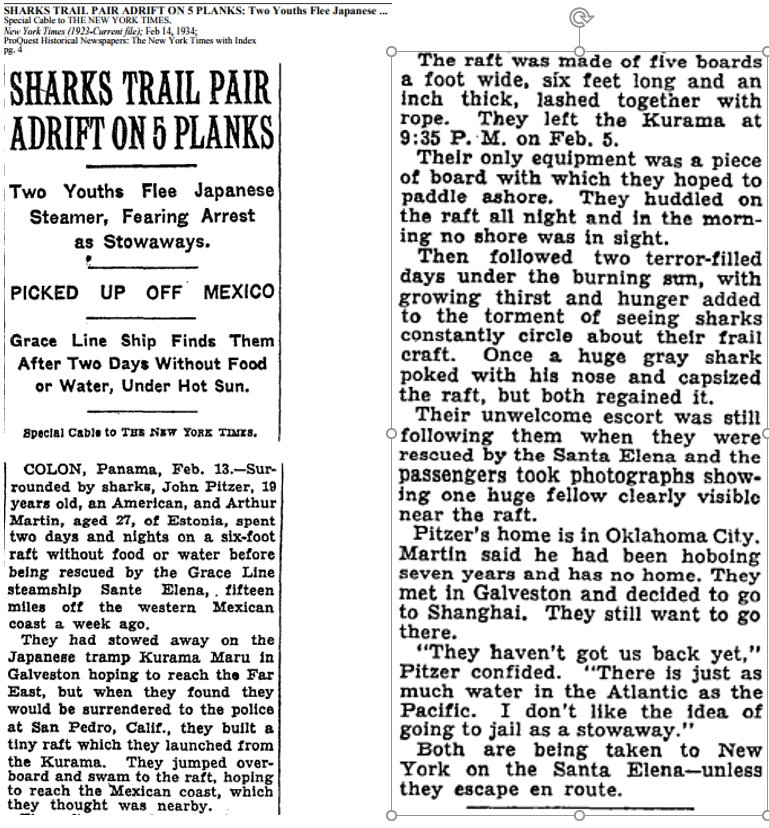 And if we expand John Pitzer's history to other Historical Newspapers we see that our ancestor was world famous!

We read that Pitzer was lanky and strawhaired, wearing "flimsy dungarees", and (according to The China Press article) a Native American who refers to his castaway buddy, Arthur Martin, as King Kong who needs to be rescued from Ellis Island.  (This article is worth a read!)

Or, we find an article in The Austin Statesman reporting on the stowaways:

An image of the raft being rescued in The Washington Post:

A similar story is reported in the Chicago Daily Tribune:

In The Los Angeles Times, we see an image of the raft along with a captivating headline "Thrilling Adventure Ends" (seamonsters!)

The Irish Times tells of the men enduring the "broiling sun":

When we really incorporate Historical Newspapers that are not necessarily local or regional as part of our genealogy search, we see history come to life: 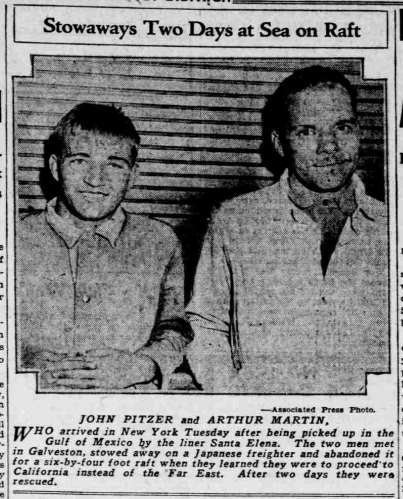