There are compiled published lists of Hathorn's Fourth Orange County Regiment of Militia, drawn from various sources.  One source is "New York in the Revolution as Colony and State".  The lists reflected the fact that the militia was a fluid unit--- even from the beginning, it was drawn from lower Orange County as well as some areas of northern New Jersey.  As levied companies were shifted and attached to other units, it becomes nearly impossible to track them all.

Our project has been, wherever possible, to try to determine which men were from the area of Goshen Precinct which later became the Town of Warwick.

James Miller of  Warwick, who served in the Continental Army, was one of the few whose commission papers survived the war and were filed with their pension claim.  It was signed by none other than John Hancock on Feb. 24, 1776. [NARA Revolutionary War Pension No. 19881] 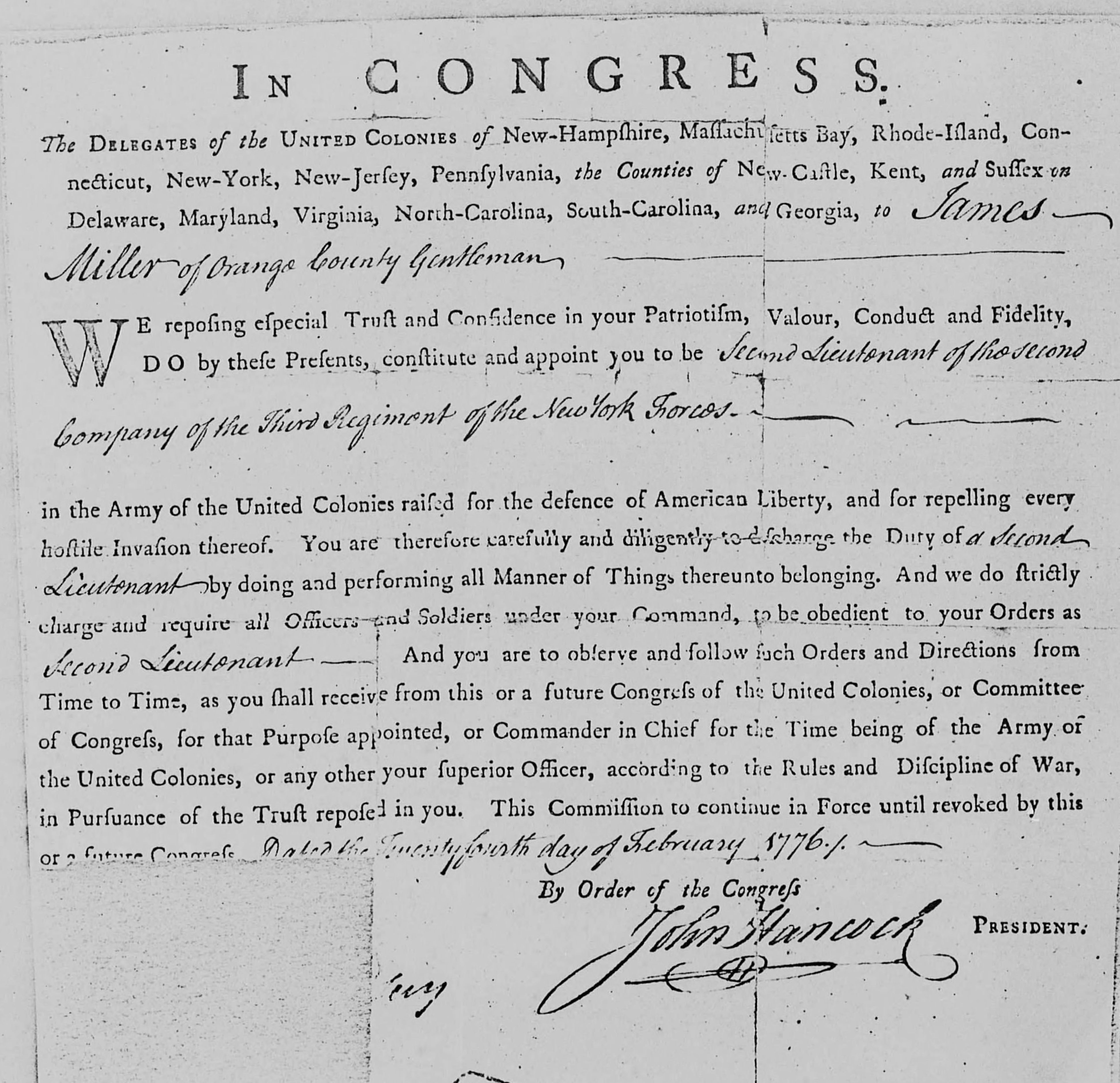 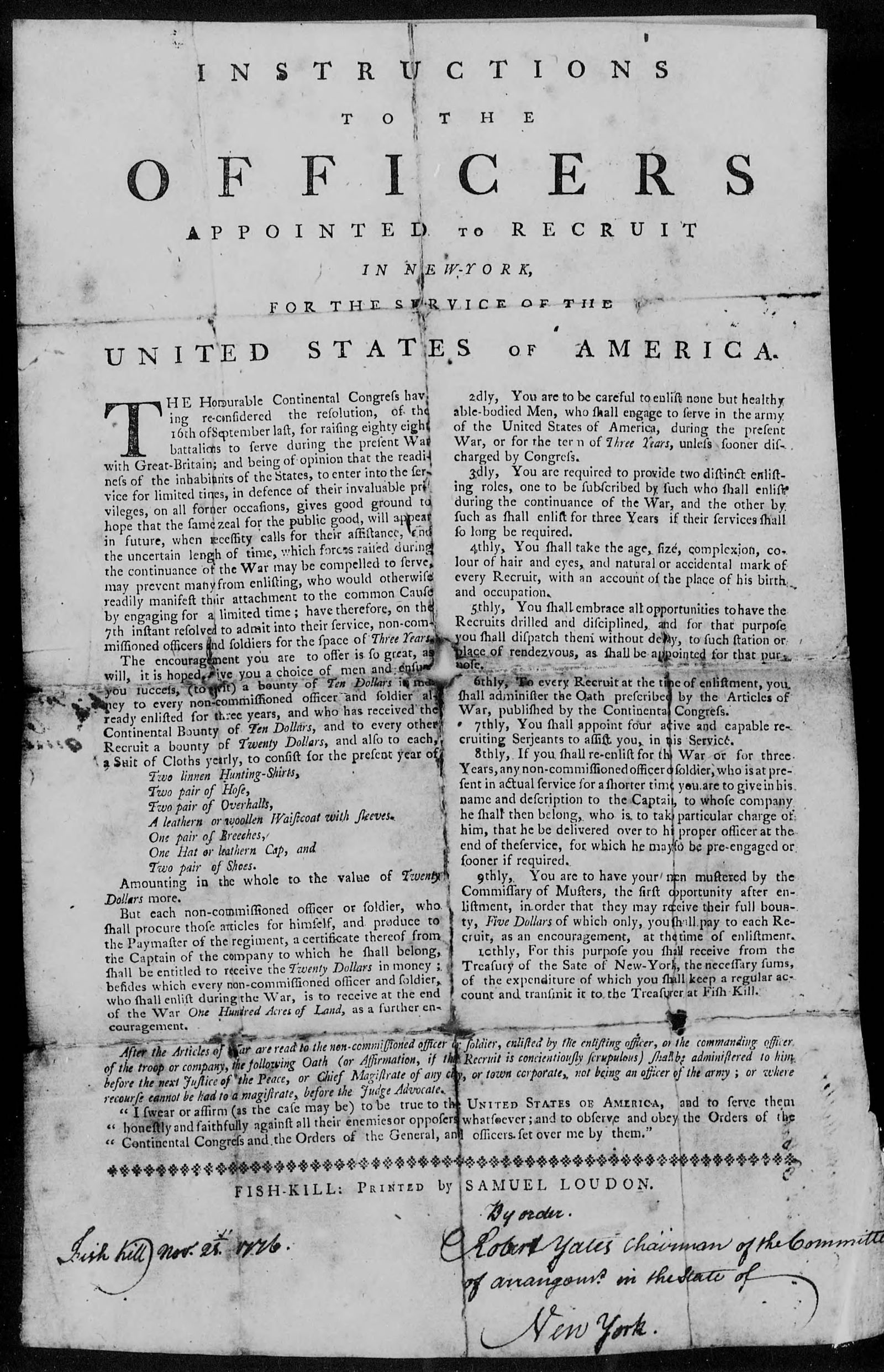 The Militia Men: Links to their Documents

WARWICK MEN WHO SERVED IN THE CONTINENTAL ARMY

THIS LIST IS CURRENTLY BEING WORKED ON AND A 'VIRTUAL CEMETERY" CREATED ON Findagrave.com:

This list gives burial location for men who were of Hathorn's militia and other units, including War of 1812.  Many thanks to the Warwick American Legion Post 214 for their faithful marking with a flag of the graves, and the diligent lists they have developed and kept over the years.