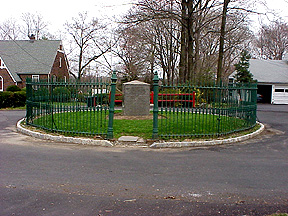 For “Short and Easy” walks try these local destinations:

Tappan: There are multiple things to see in Tappan. All within walking distance. The Andre Monument in Tappan marks the site where the British spy was hanged and buried in 1780 during the American Revolution. The monument is walkable from the center of Tappan where you will also find the Tappan Reformed Church and graveyard. The first church on this site was built in 1716. In 1780 it was the site of Andre’s trial.  The current Federal style building dates from 1835.  The 76-House, the oldest tavern in New York State with the original building constructed in 1668, was where Andre was held prisoner after his capture and before his execution.  Down the street is the Dewint House that served as Washington’s temporary headquarters on four occasions during the American Revolutionary War. http://dewinthouse.com/ 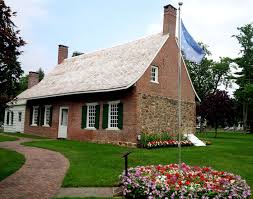 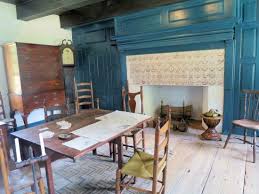 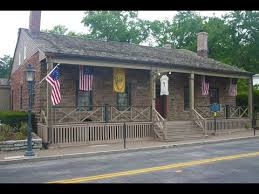 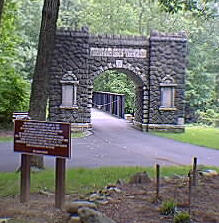 Stony Point Battlefield: State Historic site:  Keeping with our revolutionary theme, visit this NY State site where the Battle of Stony Point took place in 1779. There are paths to walk with views overlooking the Hudson River. The Battle of Stony Point was one of the last Revolutionary War battles fought in the northeastern colonies. This is where Brigadier General Anthony Wayne led his corps of continental Light Infantry in a daring midnight attack on the British, seizing the site’s fortifications and taking the soldiers and camp followers at the British garrison as prisoners on July 16, 1779. 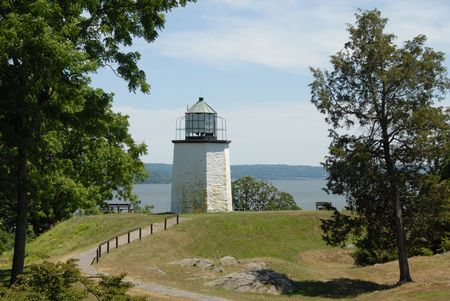 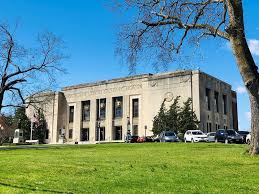 New City: Since 1798, when Rockland split from Orange County, New City has been the Rockland’s seat of government. The current Rockland County Courthouse was built in 1928 with an extensive addition added 15 years ago. The three-story courthouse is built of Indiana limestone in Art Deco style and decoration. It has a large three story lobby across the front with two pavilions containing  two historic courtrooms in continuous use since 1929 and still in their original condition. There is original art from the Art Deco era and portraits of Rockland County judges. 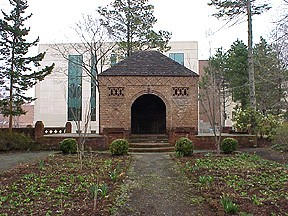 The Dutch Garden is a small, hidden garden adjacent to the courthouse building. There you will find a brick teahouse with a fireplace, a gazebo, an arbor and a bandstand.  Originally a brick wall (part of which remains) enclosed the gardens.  A variety of flowers and tulips can be found along the brick lined paths.  The western side has a slope, which at one time was covered with daffodils.  The Demarest Kill Stream separates the park from the rear of the County Office parking lot. The garden was originally constructed in 1934-35 under the supervision of Mary Mobray Clarke, landscape consultant, and the park stands as a memorial to early Dutch settlers and is a reminder of the importance that brick making had on Rockland County’s economy. In 1935 the designs and descriptions of the park won national recognition.

Just up New Hempstead Road from the courthouse you’ll find the 30-acre Zebrowski-Morahan Demarest Kill Park. The land is heavily wooded with a mature hardwood trees primarily composed of oaks, maples, ash, hickory, tulip and sycamore.  The site contains federal wetlands that include a 2.5-acre pond, the Demarest Kill Stream and its tributaries.