>
Skip to Main Content
It looks like you're using Internet Explorer 11 or older. This website works best with modern browsers such as the latest versions of Chrome, Firefox, Safari, and Edge. If you continue with this browser, you may see unexpected results.

A History of the Ancient World

Reflecting five decades of teaching and research, and drawing on the most recent scholarship, the fourth edition of this widely-read history provides the same broad coverage, chronological framework, and absorbing literary style that distinguished previous editions. For the new edition, the chapters on early humankind, the section on the revolt of Bar Kochba, and the chapter describing the end of the Roman Empire in the west have been rewritten to incorporate the most recent scholarship, and bibliographies have been brought up to date throughout. A classic survey of history from the beginnings of humankind to the fall of the Roman Empire, Starr's A History of the Ancient World makes the latest scholarship available to the general reader in a lively and accessible way. 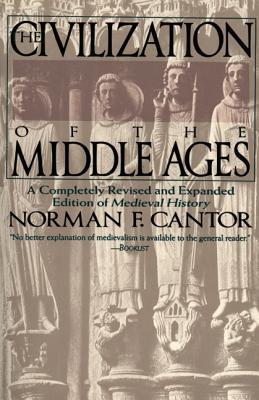 The Civilization of the Middle Ages

In 1963, Norman F. Cantor published his breakthrough narrative history of the Middle Ages. Further editions of this immediately celebrated book appeared in 1968 and 1974. Now, a thorough revision, update and significant expansion of the book has been made with a third of the text new. The Civilization of the Middle Ages incorporates current research, recent trends in interpretation, and novel perspectives, especially on the foundations of the Middle Ages to A.D. 450 and the Later Middle Ages of the fourteenth and fifteenth centuries, as well as a sharper focus in social history, Jewish history, and women's roles in society, and popular religion and heresy. While the first and last sections of the book are almost entirely new and many additions have been incorporated in the intervening sections, Cantor has retained the powerful narrative flow that made the earlier editions so accessible and exciting.

The Pursuit of Glory brings to life one of the most extraordinary periods in European history - from the battered, introvert continent after the Thirty Years War to the dynamic one that experienced the French Revolution and the wars of Napoleon. Tim Blanning depicts the lives of ordinary people and the dominant personalities of the age (Louis XIV, Frederick the Great, Napoleon), and explores an era of almost unprecedented change, growth and cultural, political and technological ferment that shaped the societies and economies of entire countries. The Oxford History of Mexico

The Oxford History of Mexico is a narrative history of the events, institutions and characters that have shaped Mexican history from the reign of the Aztecs through the twenty-first century. When the hardcover edition released in 2000, it was praised for both its breadth and depth--all aspects of Mexican history, from religion to technology, ethnicity, ecology and mass media, are analyzed with insight and clarity. Scholars have contributed fascinating essays ranging from thematic ("Faith and Morals in Colonial Mexico," "Mass Media and Popular Culture in the Postrevolutionary Era") to centered around one pivotal moment or epoch in Mexican history ("Betterment for Whom? The Reform Period: 1855-1875"). Two such major events are the Mexican War of Independence (1810-1821) and the Mexican Revolution (1910-1920), the subjects of several essays in the book.

The Fortunes of Africa

Africa has been coveted for its riches ever since the era of the Pharaohs. In past centuries, it was the lure of gold, ivory, and slaves that drew fortune-seekers, merchant-adventurers, and conquerors from afar. In modern times, the focus of attention is on oil, diamonds, and other valuable minerals. Land was another prize. The Romans relied on their colonies in northern Africa for vital grain shipments to feed the population of Rome. Arab invaders followed in their wake, eventually colonizing the entire region. More recently, foreign corporations have acquired huge tracts of land to secure food supplies needed abroad, just as the Romans did. In this vast and vivid panorama of history, Martin Meredith follows the fortunes of Africa over a period of 5,000 years. With compelling narrative, he traces the rise and fall of ancient kingdoms and empires; the spread of Christianity and Islam; the enduring quest for gold and other riches; the exploits of explorers and missionaries; and the impact of European colonization. He examines, too, the fate of modern African states and concludes with a glimpse of their future.

In 1889, when the United States entered the second hundred years of its existence, it was by no means certain that a nation of such diverse peoples, manifold beliefs, and impossible ideals could survive its own exceptional experiment in democracy or manage to avoid a headlong slide into oblivion. Evans describes what happened to the democratic ideal amid the clash of personalities and the convulsions of great events. Here are assessments of the century's nineteen presidents, from Benjamin Harrison, who brought the Stars and Stripes into American life in 1889, to the movie star who waved it so vigorously a hundred years later. Here are the muckrakers who exposed the evils of rampant capitalism, and the women who fought to make a reality of the rhetoric of equality. Here are the robber barons--the Carnegies, the Rockefellers, and the Morgans -- carving out great empires of unparalleled wealth, turning their millions into foundations for public benefit. Here are Al Capone and J. Edgar Hoover, Martin Luther King Jr. and the Ku Klux Klan, Joe McCarthy and Dwight Eisenhower. Here is the American heartland at peace (but on the wagon), America in two world wars, and at war with itself in the sixties.

For three centuries after Columbus, Native people controlled most of eastern North America and profoundly shaped its destiny. In Facing East from Indian Country, Richter keeps Native people center-stage throughout the story of the origins of the United States. Viewed from Indian country, the sixteenth century was an era in which Native people discovered Europeans and struggled to make sense of a new world. Well into the seventeenth century, the most profound challenges to Indian life came less from the arrival of a relative handful of European colonists than from the biological, economic, and environmental forces the newcomers unleashed. Drawing upon their own traditions, Indian communities reinvented themselves and carved out a place in a world dominated by transatlantic European empires. In 1776, however, when some of Britain’s colonists rebelled against that imperial world, they overturned the system that had made Euro-American and Native coexistence possible. Eastern North America only ceased to be an Indian country because the revolutionaries denied the continent’s first peoples a place in the nation they were creating.

Primary sources are the raw materials of history. They can take a variety of forms (such as oral, textual, or visual), but they all represent opportunities for historians to understand what happened in the past and how people at the time lived and thought.

Search America's historic newspapers pages from 1836-1922 or use the U.S. Newspaper Directory to find information about American newspapers published between 1690-present. 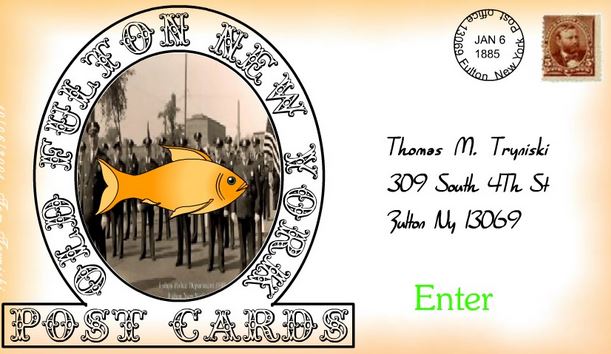 Search over 35,875,000 Historical Newspaper Pages from the USA & Canada. Full text search can be retrieved using the Advanced Search option.

Brings together hundreds of thousands digitized materials on African American history from over 1,000 libraries and archives across the country

The Recorded Sound Research Center provides access to the Library of Congress's collection of audio recordings. From the first commercial recordings of music in America to sports radio broadcasts, from religious music and folk art to early audio recordings of political leaders, let history come to life

The Avalon Project collects, organizes, and makes available the text of historically significant documents in the fields of law, economics, politics, and diplomacy. It also links together documents where it is appropriate, such as when one document refers to or supersedes an earlier one.