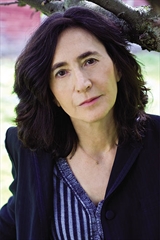 Other Works by Francine Prose

1. The story of Lovers at the Chameleon Club, Paris 1932 centers around Lou Villars. Who is she? What do we learn about her as the novel progresses? What three adjectives would you use to describe her?

2. The novel is told in the voices of the various contemporaries of Lou. How does this method of narration add to the drama and depth of the story? Do you trust one viewpoint more than another? Did you like one narrator more than another?

3. There is another voice in the novel that is not part of Lou's circle—or even of the time—Nathalie Dunois. What does her voice add to the story? When you learn about Nathalie later in the book, how does it affect your understanding of Lou? What is Francine Prose trying to convey to us about the nature of narrative truth? Can we trust any of the characters in the book? Can we ever trust personal narrative—whether in fiction or nonfiction? What are the implications for our understanding of these characters—especially Lou?

4. Discuss Lou's circle—the photographer Gabor Tsenyi, his girlfriend Suzanne Dunois, Baroness Lily de Rossignol, the Chameleon Club's manager, Yvonne Nagy, the American journalist Lionel Maine, German racer Inge Wallser, and even the collaborator Jean-Claude Bonnet. What impact did they have on Lou's life and outlook? Describe a few of them as individuals and their relationships with each other. What do they each think of Lou? What do Lou's subsequent actions hold for each of their lives? Choose one character and tell the story from his or her viewpoint.

5. What precipitated Lou's actions before and during the war? Was it spurned love, lost opportunity, or something more? Think about her character. Might Lou have acted the same way even if circumstances were different? How much influence did the Nazis have over her? Think about her childhood. How did the circumstances of her youth shape her? What about notions of nationalism and cultural chauvinism? Did they color who she was? Do you think she ever really considered the consequences of her choices?

7. Discuss the Paris that is recreated in the pages of the novel. How is the city itself a character? What is intriguing about Lou Villar's Paris? Would you have liked to visit this Paris? Can you feel the winds of change shifting in the novel? How does Francine Prose create mood and atmosphere? How do both add to the story as it unfolds?

9. What is the role of art in the novel? How is it used to elevate the spirit and how can it be used for evil? Think about the period. How did the Nazis use art to promote their cause?

10. Would Lou feel at home with the political atmosphere today—the divisions between left and right, the anger over immigration, the "takers" and the "makers"? How does Lou's world compare to today? Use examples from the story to illustrate your ideas.

11. Late in the novel, the Baroness confides, "During the Occupation we learned to live with fear and humiliation, anger and insults, the witnessing of horrific scenes one could hardly believe were real." How did their lives and their art change as the political situation shifted—as their feelings of freedom turned to terror as fascism took hold?

12. At the end of the novel, well after the war, we learn that Lionel Maine is obsessed with the end of the movie Carrie, from Stephen King's horror novel. Why do you think that final scene—of the dead Carrie's arm punching through the ground where she is buried—affects him so much?