Born in Newburgh in 1815, Andrew Jackson Downing was the most influential landscape and cottage designer of the 19th Century. His most prominent followers included Frederick Law Olmstead and Calvert Vaux, the designers of Central Park in New York City. He collaborated with renowned architect Alexander Jackson Davis to champion a new American concept of picturesque rather than classical design. Downing is credited with popularizing the front porch, which he saw as the link between house and nature.

Downing stressed the importance of institutions of public learning and helped establish the Newburgh Library Association (1835), the Newburgh Lyceum (1837), and the Horticultural Association of the Valley of the Hudson (1838).

On July 28, 1852, Downing boarded the steamboat Henry Clay with his family for a trip to New York City. While racing the rival steamboat Armenia, a fire broke out in the Henry Clay's engine room. The fire spread, resulting in one of the worst steamboat disasters on the Hudson. Downing, former NYC mayor Stephen Allen, Nathaniel Hawthorne's sister Maria and around 70 others perished.

Andrew Jackson Downing was born in Newburgh on October 31, 1815 to Samuel Downing, a wheelwright located at Broad and Liberty Streets, and Eunice Bridge. Samuel also owned a commercial nursery where he sold fruit trees. Andrew attended the Montgomery Academy in Montgomery, N.Y. until the age of 16 when he joined his brother Charles in the family's nursery business. In 1835, Downing published in the New-York Mirror his first two essays written for a general audience. "Beacon Hill" extolled the virtues of Mount Beacon, situated directly across the Hudson River from Newburgh. The second described the history, splendor and development of Danskammer and its surroundings.

Books by and About Downing 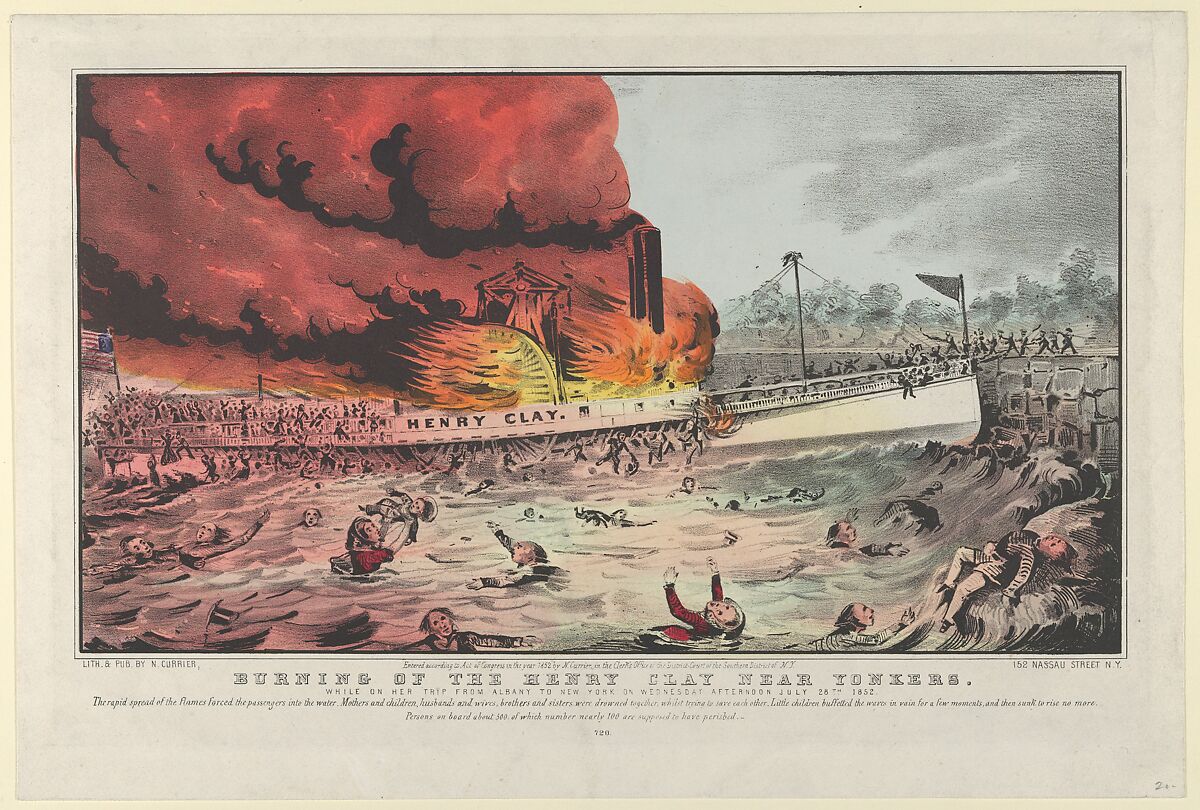 The tragic accident that claimed the life of AJ Downing and dozens of others was not unusual. Steamboats on the Hudson often raced each other in order to prove their superiority.

A History of Steamboat Racing .... in the Hudson River (Hudson Valley magazine)