A guide for equity-centered resources highlighted in the equitable discoveries newsletter. Reply All is a podcast focusing on stories about the internet. In early 2021, one of the show's producers tried to do a multi-part exposé of a popular food magazine's workplace culture after tweets and stories circulated online that the magazine had (has?) a racist and toxic workplace. After the first two episodes were released, the series was scrapped because the producer and one of the hosts (who is also one of the creators) of the show are implicated in creating a toxic workplace of their own.

Since then, both the producer and the co-host/co-creator have departed from the show and the story remains unfinished. 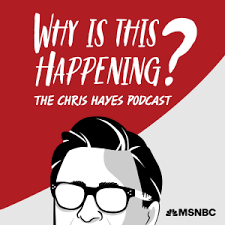 Why is This Happening? The Chris Hayes Podcast

What is gender-affirming health care? Around the country, there’s a Republican campaign to legislate and regulate the lives of trans youth. The most destructive of these efforts would bar trans youth in certain states from accessing gender-affirming treatment. Lowell’s practice covers 10 states across the South – and half of those have anti-trans health care bills on the docket. If they pass, it would become criminal for her to provide this care to many of her patients. Dr. Lowell joins this week to break down what exactly we mean when we talk about gender-affirming care, how the decision is made for kids and teens ready to transition, and the potentially devastating impact this legislation would have on their lives.