Welcome to Tappan & the Library

The Tappan Library is a landmark building in the Tappan Historic District. The original structure dates back to circa 1750. The most recent addition dates to 1995-96 and doubled the building capacity. 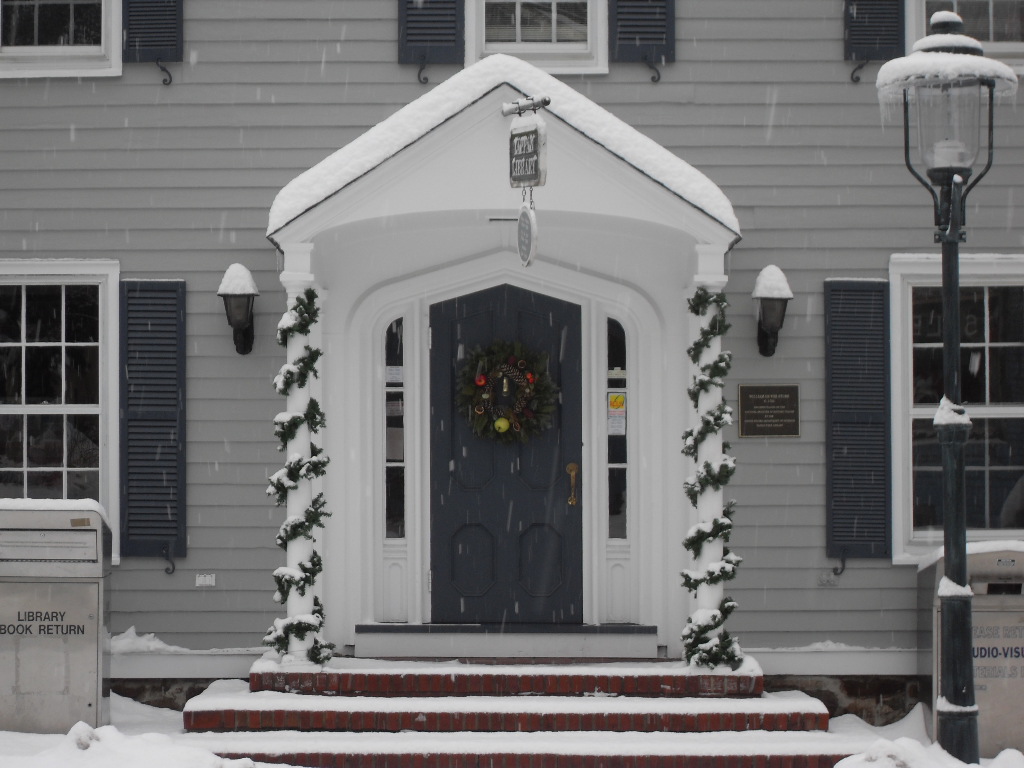 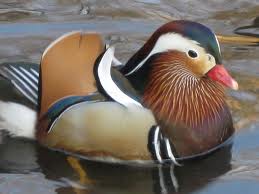 The pond behind the library is home to a mandarin duck. The mandarin is not native to our area and most likely escaped from a zoo. Wherever he's from, he's a local celebrity.

He can be found in this park. The library is in the background. 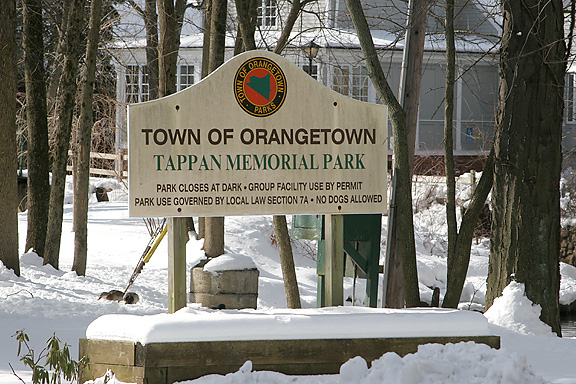 Tappan is located 12 miles north of New York City and two and a half miles west of the Hudson. It was settled by sixteen families on a tract of land known as the Tappan Land patent of 1686-7. The patent was obtained from the Tappan Indians of the Lenape tribe and Governor Dongan of New York. The first settlers of Tappan were Dutch farmers.

In September 1780, General Washington was headquartered in the DeWint House when Benedict Arnold, commander of the fort at West Point, attempted to give American plans to the British. Had he succeeded, the British would have controlled the "Gibraltar on the Hudson" and cut the rebellious colonies in two. Washington might then have lost the war. But British Major John Andre, returning to the New York City from meeting Arnold at Haverstraw, was apprehended in Tarrytown with damning evidence in his boot - the plans of West Point. Andre was brought to Washington at Tappan. Andre was imprisoned in Mabie's house, the Old 76 House, tried in the Dutch Reformed Church by a military tribunal of fourteen generals, and hanged as a spy on October 2, 1780. 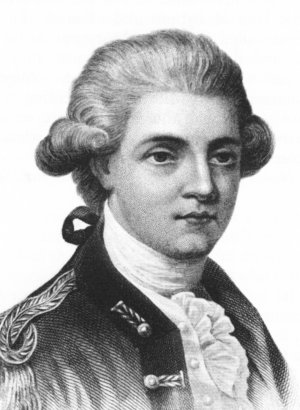 Yoast Mabie's house, which once stood on the site of the Bartow House, figured in history on July 4, 1774, as the site of signing of the Orangetown Resolutions. This document was an open protest to the king and a bid for independence - ideas incorporated in our Declaration of Independence, signed two years later to the day.

At the end of the war, in May of 1783, the British commander Sir Guy Carleton met with Washington at the DeWint House to sign orders for peaceful evacuation of British troops from New York City. The DeWint House, now maintained as George Washington's Headquarters at Tappan, was dedicated as a National Historic Landmark by Secretary of Interior Stewart L. Udall, September 29, 1966. 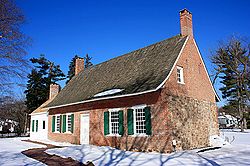 The DeWint House (pictured above)

Tappan's historic sites lie within an 85-acre historic district established by an Orangetown ordinance - first law of its kind in a New York State town - signed in the DeWint House, December 28, 1966. In 1993 a central section of the historic district was placed on the State and National Register of Historic Places.

(Text from the Tappantown Historical Society)