Articles, questions, and reading suggestions for discussion groups and fans of The Help by Kathryn Stockett. 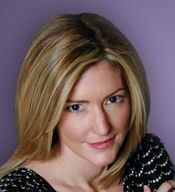 The South, the Civil Rights Movement, and the 60s

Some books which may contextualize The Help:

1. Who was your favorite character? Why?

2. What do you think motivated Hilly? On one hand she’s so unpleasant to Aibileen and her own help, as well as to Skeeter once she realizes she can’t control her. But she’s a wonderful mother. Do you think you can be a good mother but at the same time a deeply flawed person?

4. How much of a person’s character do you think is shaped by the times in which they live?

5. Did it bother you that Skeeter is willing to overlook so many of Stuart’s faults so that she can get married, and it’s not until he literally gets up and walks away that the engagement falls apart?

6. Do you think Minny was justified in her distrust of white people?

7. Do you think that had Aibileen stayed working for Miss Elizabeth, that Mae Mobley would have grown up to be racist like her mother? Do you think racism is inherent, or taught?

8. From the perspective of a 21st century reader, the hair shellac system that Skeeter undergoes seems ludicrous. Yet women still alter their looks in rather peculiar ways as the definition of “beauty” changes with the times. Looking back on your past, what’s the most ridiculous beauty regimen you ever underwent?

9. The author manages to paint Aibileen with a quiet grace and an aura of wisdom about her. How do you think she does this?

10. Do you think there are still vestiges of racism in relationships where people of color work for people who are white? Have you heard stories of someone who put away their valuable jewelry before their nanny comes – so they trust this person to look after their child, but not their diamond rings?

11. What did you think about Minny’s pie for Miss Hilly? Would you have gone as far as Minny did for revenge?

If you liked The Help, you might enjoy the following novels.