Links, book recommendations, and discussion questions to help you lead a discussion of Shadow of the Wind by Carlos Ruis Zafon 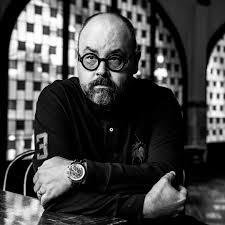 Julián Carax's and Daniel's lives follow very similar trajectories. Yet one ends in tragedy, the other in happiness. What similarities are there between the paths they take? What are the differences that allow Daniel to avoid tragedy?

Nuria Monfort tells Daniel, "Julián once wrote that coincidences are the scars of fate. There are no coincidences, Daniel. We are the puppets of our unconscious." What does that mean? What does she refer to in her own experience and in Julián's life?

Nuria Monfort's dying words, meant for Julián, are, "There are worse prisons than words." What does she mean by this? What is she referring to?

There are many devil figures in the story—Carax's Laín Coubert, Jacinta's Zacarias, Fermín's Fumero. How does evil manifest itself in each devil figure? What are the characteristics of the villains/devils?

Discuss the title of the novel. What is "The Shadow of the Wind"? Where does Zafón refer to it and what does he use the image to illustrate?

Zafón's female characters are often enigmatic, otherworldly angels full of power and mystery. Clara the blind white goddess ultimately becomes a fallen angel; Carax credits sweet Bea with saving his and Daniel's lives; Daniel's mother is actually an angel whose death renders her so ephemeral that Daniel can't even remember her face. Do you think Zafón paints his female characters differently than his male characters? What do the women represent in Daniel's life? What might the Freud loving Miquel Moliner say about Daniel's relationships with women?

Daniel says of The Shadow of the Wind, "As it unfolded, the structure of the story began to remind me of one of those Russian dolls that contain innumerable ever-smaller dolls within" (p. 7). Zafón's The Shadow of the Wind unfolds much the same way, with many characters contributing fragments of their own stories in the first person point of view. What does Zafón illustrate with this method of storytelling? What do the individual mini-autobiographies contribute to the tale?

The evil Fumero is the only son of a ridiculed father and a superficial, status-seeking mother. The troubled Julián is the bastard son of a love-starved musical mother and an amorous, amoral businessman, though he was raised by a cuckolded hatmaker. Do you think their personalities are products of nature or nurture? How are the sins of the fathers and mothers visited upon each of the characters?

If you liked The Shadow of the Wind, you might enjoy the following books.