Make an Impact at Home!

Get Informed! E-Books available on OverDrive 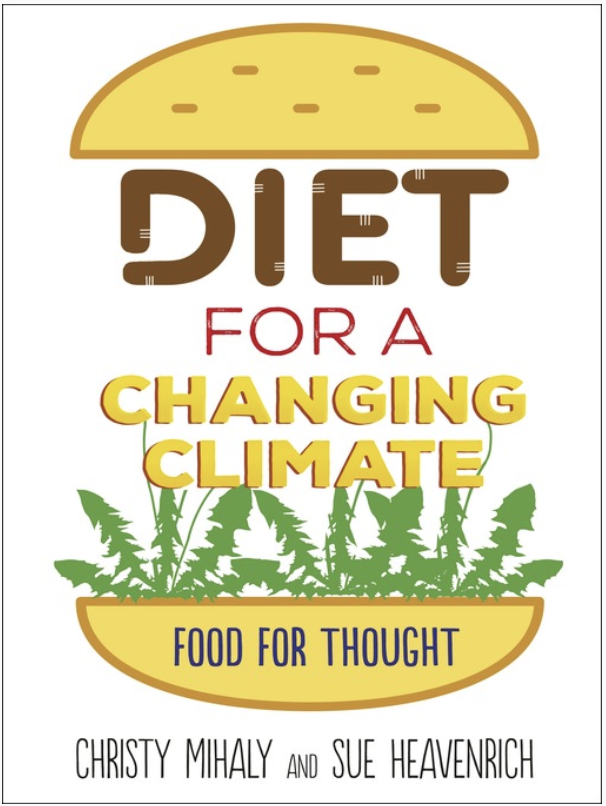 Diet for a Changing Climate

The United Nations supports a compelling solution to world hunger: eat insects! Explore the vast world of unexpected foods that may help solve the global hunger crisis. Weeds, wild plants, invasive and feral species, and bugs are all food for thought. Learn about the nutritional value of various plant and animal species; visit a cricket farm; try a recipe for dandelion pancakes, kudzu salsa, or pickled purslane; and discover more about climate change, sustainability, green agriculture, indigenous foods, farm-to-table restaurants, and how to be an eco-friendly producer, consumer, and chef. Meet average folks and experts in the field who will help you stretch your culinary imagination! 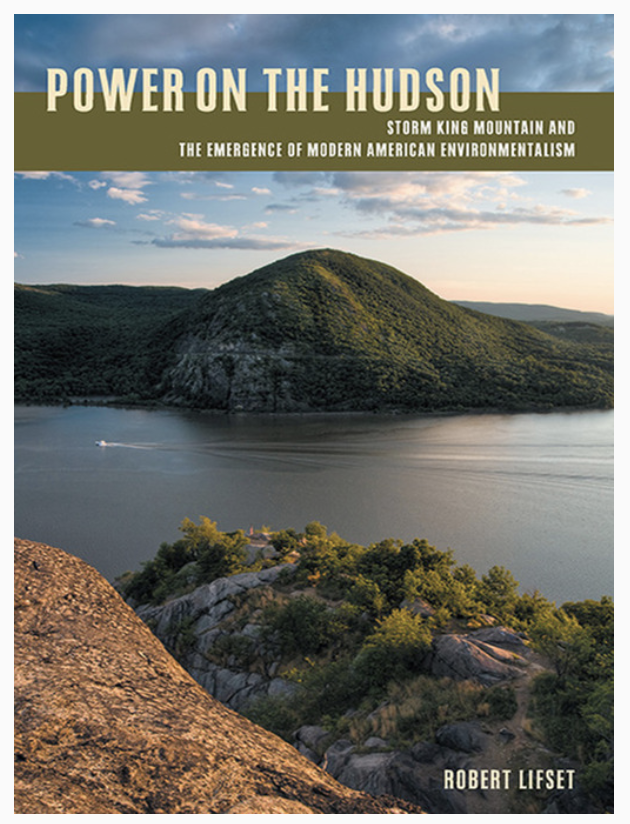 Power on the Hudson: Storm King Mountain and the Emergence of Modern American Environmentalism

In the fall of 1962, Consolidated Edison of New York, the nation’s largest utility company, announced plans for the construction of a pumped-storage hydroelectric power plant at Storm King Mountain on the Hudson River, forty miles north of New York City. Over the next eighteen years, their struggle against environmentalists would culminate in the abandonment of the project.

Robert D. Lifset offers an original case history of this monumental event in environmental history, when a small group of concerned local residents initiated a landmark case of ecology versus energy production. 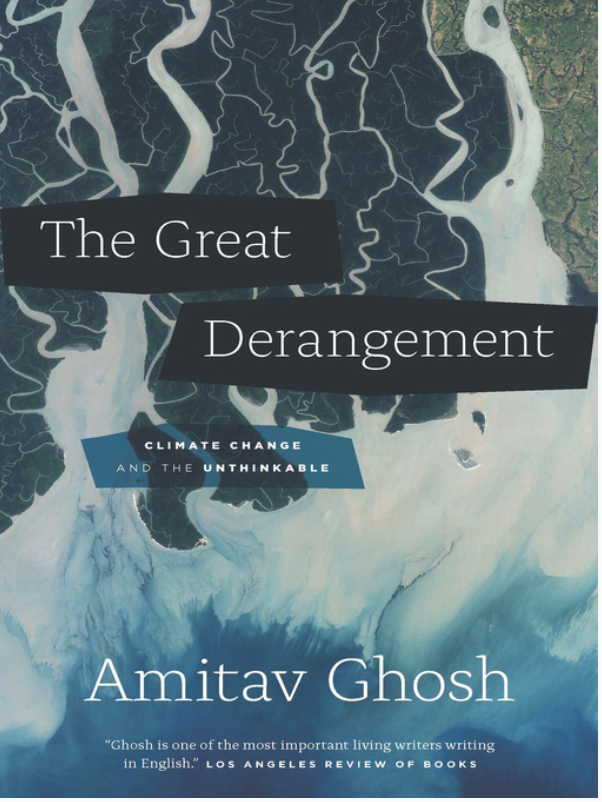 The Great Derangement Climate Change and the Unthinkable

A "concise and utterly enlightening" look at why we can't wrap our minds around climate change (Publishers Weekly). Are we deranged? Award-winning essayist and novelist Amitav Ghosh argues that future generations may think so. How else to explain our imaginative failure in the face of global warming? The Great Derangement examines our inability—at the level of literature, history, and politics—to grasp the scale and violence of climate change 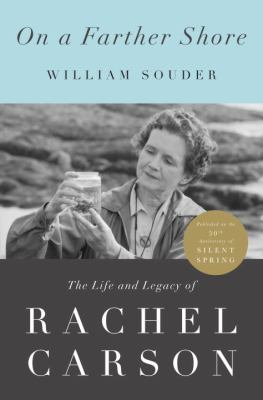 On a Farther Shore

Carson's books have awakened the world to the heedless contamination of the environment and eventually led to the establishment of the EPA and to the banning of DDT and a host of related pesticides. By drawing frightening parallels between dangerous chemicals and the then-pervasive fallout from nuclear testing. On a Farther Shore reveals a shy yet passionate woman more at home in the natural world than in the literary one that embraced her. 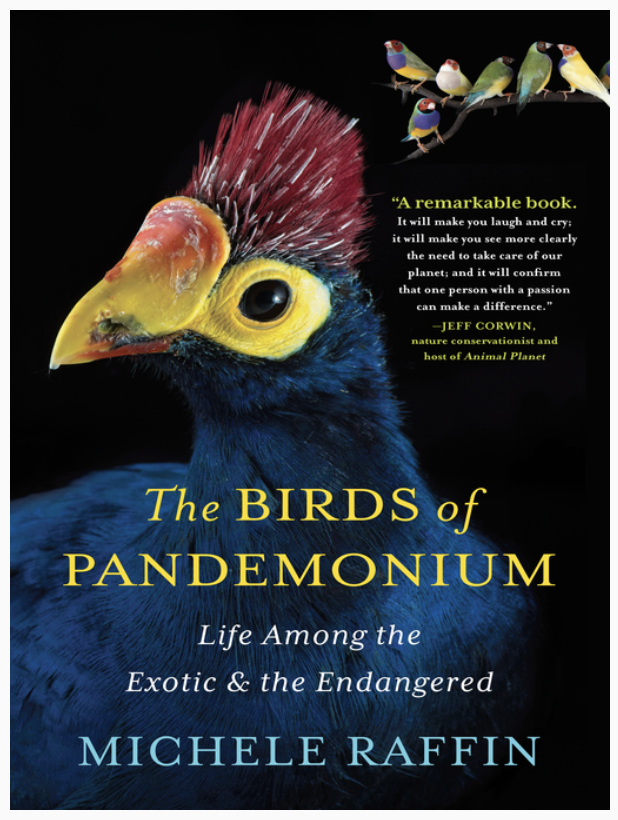 The Birds of Pandemonium

"Michele Raffin has made an important contribution to saving endangered birds, and her book is a fascinating and rarely seen glimpse behind the scenes. The joy she gets from her close relationships with these amazing animals and her outsized commitment to them comes through loud and clear in this engaging and joyful book." —Dominick Dorsa, Curator of Birds, San Francisco Zoo 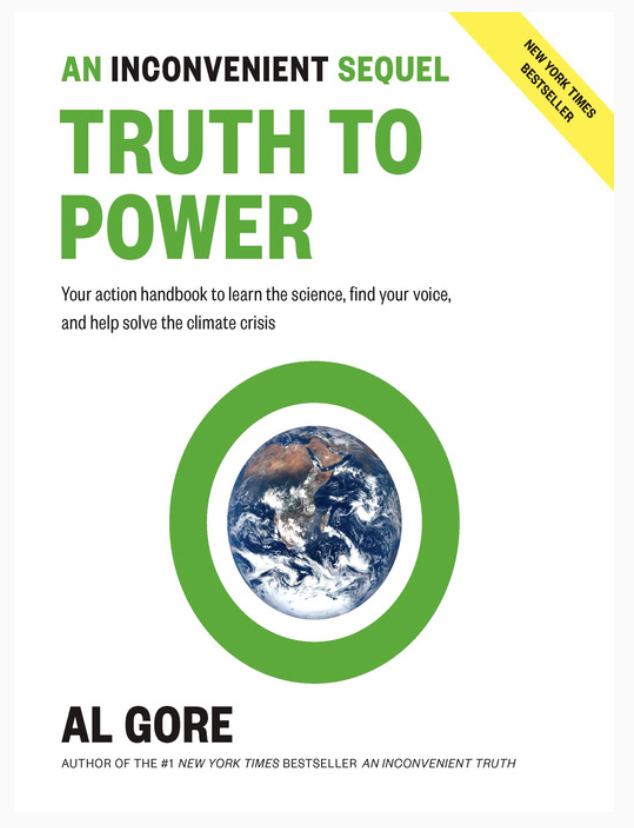 An Inconvenient Sequel: Truth to Power

Join former Vice President Al Gore as he continues his tireless fight, traveling around the globe to educate and inspire the next generation of climate champions. Eye-opening and alarming, this compelling follow-up shows that while the stakes have never been higher, the solutions to the climate crisis are still within our reach. 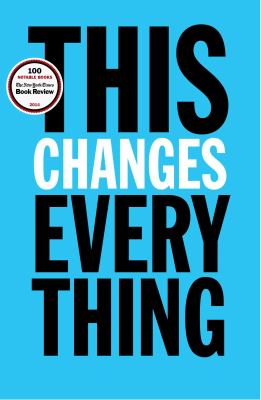 This Changes Everything by Naomi Klein

The most important book yet from the author of the international bestseller The Shock Doctrine, a brilliant explanation of why the climate crisis challenges us to abandon the core "free market" ideology of our time, restructure the global economy, and remake our political systems. In short, either we embrace radical change ourselves or radical changes will be visited upon our physical world. The status quo is no longer an option. In This Changes Everything Naomi Klein argues that climate change isn't just another issue to be neatly filed between taxes and health care. It's an alarm that calls us to fix an economic system that is already failing us in many ways. 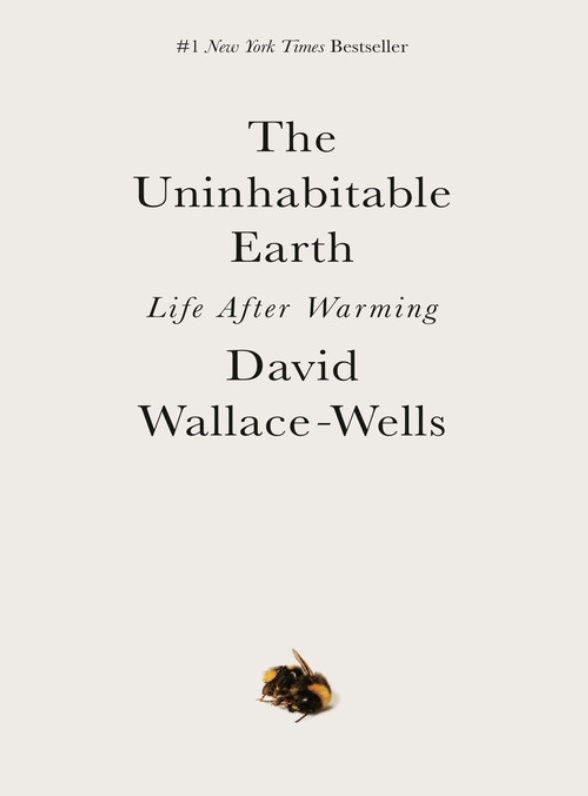 It is worse, much worse, than you think. If your anxiety about global warming is dominated by fears of sea-level rise, you are barely scratching the surface of what terrors are possible—food shortages, refugee emergencies, climate wars and economic devastation.
An "epoch-defining book" (The Guardian) and "this generation's Silent Spring" (The Washington Post), The Uninhabitable Earth is both a travelogue of the near future and a meditation on how that future will look to those living through it. 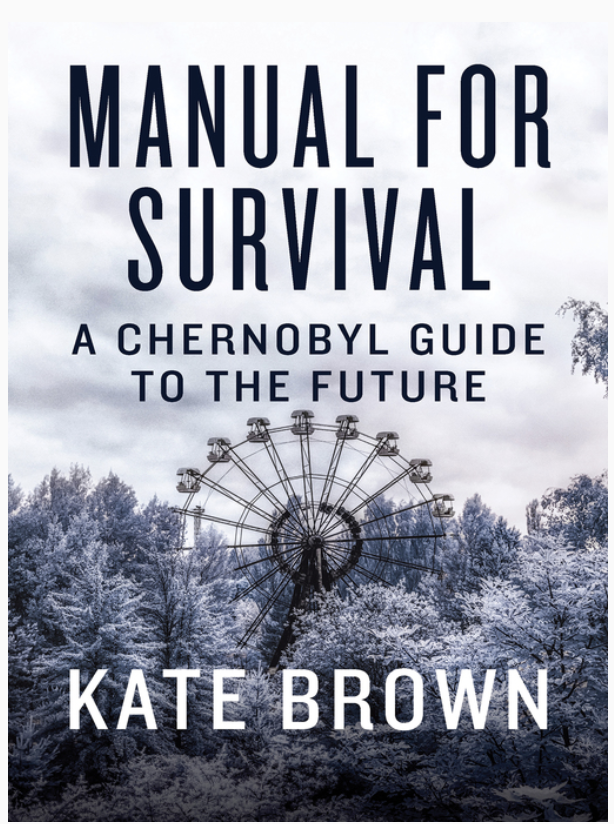 Manual for Survival An Environmental History of the Chernobyl Disaster

After the Chernobyl nuclear disaster in 1986, international aid organizations sought to help the victims but were stymied by post-Soviet political roadblocks. Efforts to gain access to the site of catastrophic radiation damage were denied, and the residents of Chernobyl were given no answers as their lives hung in the balance. Drawing on a decade of archival research and on-the-ground interviews in Ukraine, Russia, and Belarus, Kate Brown unveils the full breadth of the devastation and the whitewash that followed. Her findings make clear the irreversible impact of man-made radioactivity on every living thing; and hauntingly, they force us to confront the untold legacy of decades of weapons-testing and other catastrophic nuclear incidents.

"Tallamy lays out all you need to know to participate in one of the great conservation projects of our time. Read it and get started!" --Elizabeth Kolbert, Pulitzer Prize-winning author of The Sixth Extinction

Douglas W. Tallamy's first book, Bringing Nature Home, awakened thousands of readers to an urgent situation: wildlife populations are in decline because the native plants they depend on are fast disappearing. His solution? Plant more natives. In this new book, Tallamy takes the next step and outlines his vision for a grassroots approach to conservation. Nature's Best Hope shows how homeowners everywhere can turn their yards into conservation corridors that provide wildlife habitats. Because this approach relies on the initiatives of private individuals, it is immune from the whims of government policy. Even more important, it's practical, effective, and easy--you will walk away with specific suggestions you can incorporate into your own yard. If you're concerned about doing something good for the environment, Nature's Best Hope is the blueprint you need. By acting now, you can help preserve our precious wildlife--and the planet--for future generations.

Hidden away in foggy, uncharted rain forest valleys in Northern California are the largest and tallest organisms the world has ever sustained--the coast redwood trees, Sequoia sempervirens. Ninety-six percent of the ancient redwood forests have been destroyed by logging, but the untouched fragments that remain are among the great wonders of nature. The biggest redwoods have trunks up to thirty feet wide and can rise more than thirty-five stories above the ground, forming cathedral-like structures in the air. Until recently, redwoods were thought to be virtually impossible to ascend, and the canopy at the tops of these majestic trees was undiscovered. In The Wild Trees, Richard Preston unfolds the spellbinding story of Steve Sillett, Marie Antoine, and the tiny group of daring botanists and amateur naturalists that found a lost world above California, a world that is dangerous, hauntingly beautiful, and unexplored. 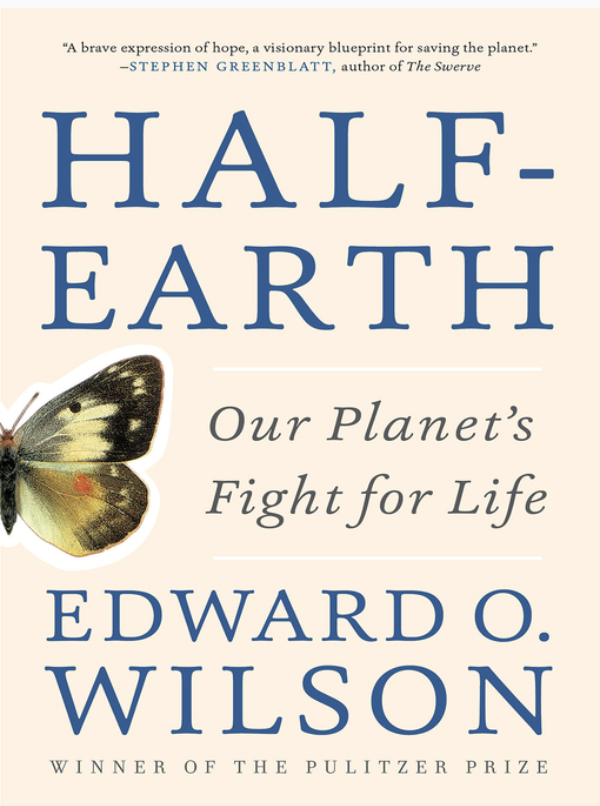 Half-Earth: Our Planet's Fight for Life

In his most urgent book to date, Pulitzer Prize–winning author and world-renowned biologist Edward O. Wilson states that in order to stave off the mass extinction of species, including our own, we must move swiftly to preserve the biodiversity of our planet. In this "visionary blueprint for saving the planet" (Stephen Greenblatt), Half-Earth argues that the situation facing us is too large to be solved piecemeal and proposes a solution commensurate with the magnitude of the problem: dedicate fully half the surface of the Earth to nature. Identifying actual regions of the planet that can still be reclaimed—such as the California redwood forest, the Amazon River basin, and grasslands of the Serengeti, among others—Wilson puts aside the prevailing pessimism of our times and "speaks with a humane eloquence which calls to us all" (Oliver Sacks). 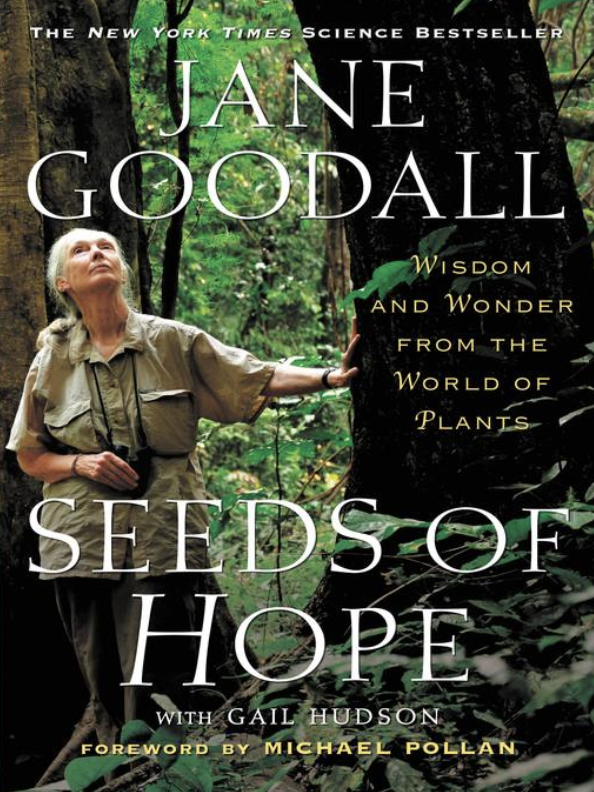 Seeds of Hope: Wisdom and Wonder from the World of Plants

From world-renowned scientist Jane Goodall, as seen in the new National Geographic documentary Jane, comes a fascinating examination of the critical role that trees and plants play in our world.
Seeds of Hope takes us from Goodall's home in England to her home-away-from-home in Africa, deep inside the Gombe forest, where she and the chimpanzees are enchanted by the fig and plum trees they encounter. She introduces us to botanists around the world, as well as places where hope for plants can be found, such as The Millennium Seed Bank. She shows us the secret world of plants with all their mysteries and potential for healing our bodies as well as Planet Earth. 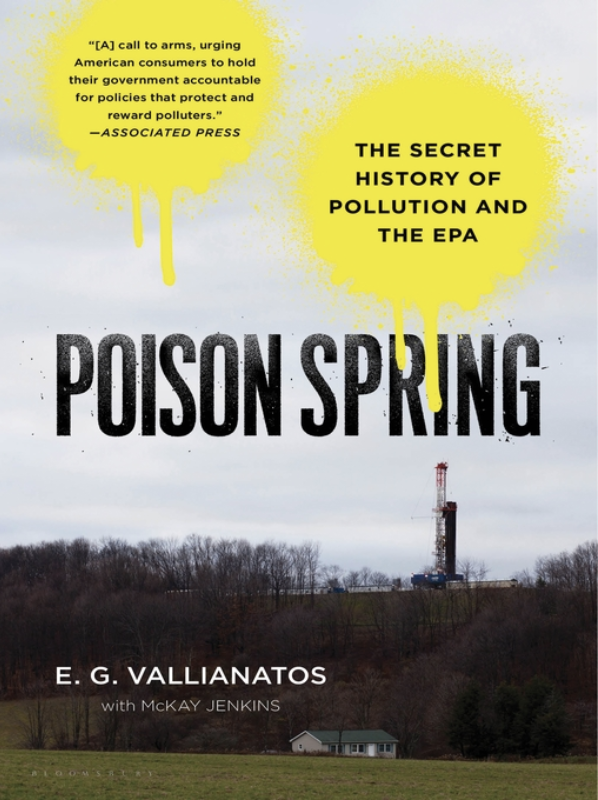 Poison Spring: The Secret History of Pollution and the EPA

Imagine walking into a restaurant and finding chlorinated hydrocarbon pesticides, or neonicotinoid insecticides listed in the description of your entree. They may not be printed in the menu, but many are in your food.  These are a few of the literally millions of pounds of approved synthetic substances dumped into the environment every day, not just in the US but around the world. They seep into our water supply, are carried thousands of miles by wind and rain from the site of application, remain potent long after they are deposited, and constitute, in the words of one scientist, "biologic death bombs with a delayed time fuse and which may prove to be, in the long run, as dangerous to the existence of mankind as the arsenal of atom bombs." All of these poisons are sanctioned—or in some cases, ignored—by the EPA. 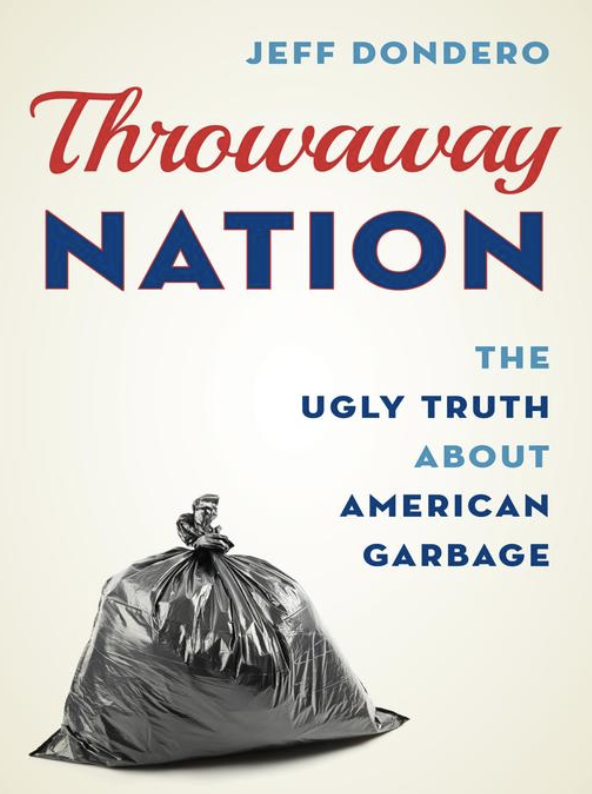 Americans are burying ourselves in our own waste. It's befouling our air, land, waters, food, and bodies. The US tosses out enough foodstuff to feed the rest of the world. America is the largest buyer of fashion and cosmetics, the second dirtiest industry in the world. We lead the planet in transportation usage and waste, and we're now polluting outer space. Throwaway Nation takes a look at the pileup of waste in the US, including the problem of plastic, the industry of overmedication, e-waste products, everyday garbage, fast fashion trash, space waste, and other forms of profligacy that serve to make our nation the biggest waster on the planet. Looking at the environmental impact of so much garbage, Dondero explores not just how we got here and where we're headed, but ways in which we might be able to curb the tide. 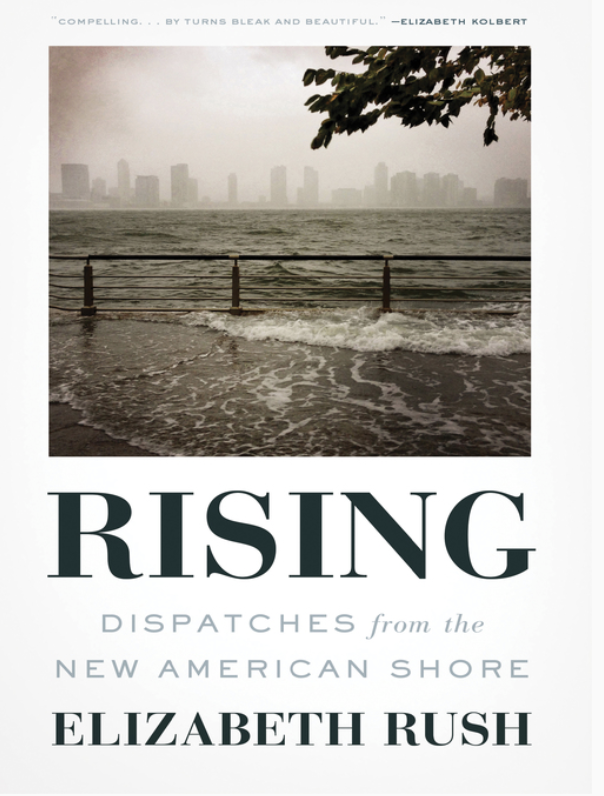 Rising is both a highly original work of lyric reportage and a haunting meditation on how to let go of the places we love. With every passing day, and every record-breaking hurricane, it grows clearer that climate change is neither imagined nor distant—and that rising seas are transforming the coastline of the United States in irrevocable ways. In Rising, Elizabeth Rush guides readers through some of the places where this change has been most dramatic, from the Gulf Coast to Miami, and from New York City to the Bay Area. For many of the plants, animals, and humans in these places, the options are stark: retreat or perish in place.

For Kids (& everyone else too!)