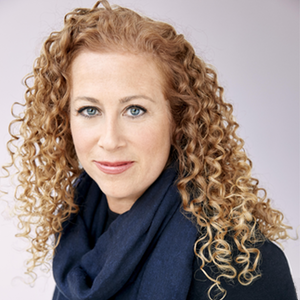 Information about the author and her work is available at http://www.imdb.com/name/nm0682030/bio

Get personal with Jodi Picoult

Other Books by Jodi Picoult

Viola Davis and Julia Roberts are slated to star in a movie version of Small Great Things. The two woman previously appeared in Eat, Pray, Love together.

1. Which of the three main characters (Ruth, Turk, or Kennedy) do you most relate to and why? Think about what you have in common with the other two characters as well—how can you relate to them?

2. The title of the book comes from the Martin Luther King, Jr. quote that Ruth’s mother mentions on p. 173: "If I cannot do great things, I can do small things in a great way." What does this quote mean to you? What are some examples of small great things done by the characters in the novel?

3. Discuss Ruth’s relationship with her sister, Adisa. How does the relationship change over the course of the novel?

4. Kennedy seeks out a neighborhood in which she is the only white person to help her gain some perspective. Can you think of an example of a time when something about your identity made you an outsider? How were you affected by that experience?

5. All of the characters change over the course of the novel, but Turk’s transformation is perhaps the most extreme. What do you think contributed to that change?

6. Discuss the theme of parenthood in the novel. What does being a parent mean to Ruth, to Kennedy, and to Turk? What does it mean to you?

7. Why do you think Ruth lies to Kennedy about touching Davis when he first starts seizing? What would you have done in her position?

8. Why do you think Kennedy decides to take Ruth’s case? What makes it so important to her?

9. Discuss the difference between "equity" and "equality" as Kennedy explains it on p. 427. Do you think Ruth gets equity from the trial?

10. Was your perspective on racism or privilege changed by reading this book? Is there anything you now see differently?

11. Did the ending of Small Great Things surprise you? If so, why? Did you envision a different ending?

12. Did the Author’s Note change your reading experience at all?

13. Have you changed anything in your daily life after reading Small Great Things?

14. Whom would you recommend Small Great Things to? Why?
(Questions issued by the publisher.)