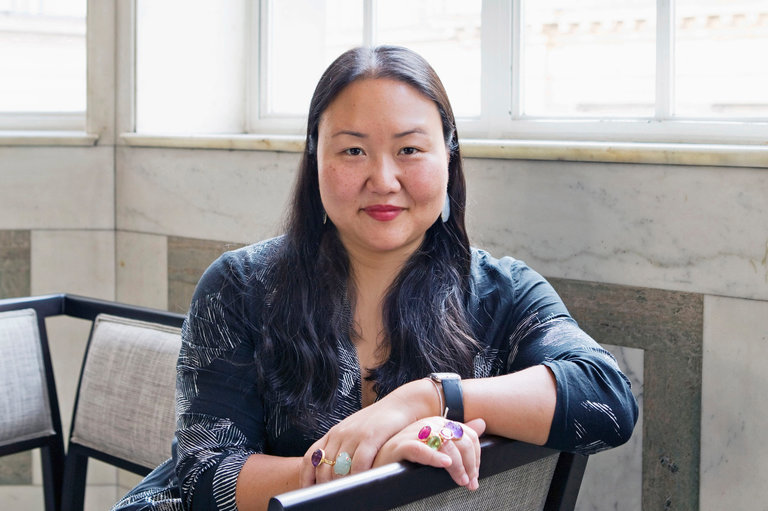 Hanya Yanagihara was born in Los Angeles, California.  As a child, she moved frequently with her family, living in Hawaii, New York, Maryland, California and Texas. She is currently living in New York City.

Follow the link below for an informative interview with Yanagihara by Kirsten Valdez Quade of the National Book Foundation.

Hanya Yanagihara in conversation with Jason Steger about art, extremity and the language of friendship.

A Little Life was shortlisted for the Man Booker Prize 2015 and for the Baileys Prize for Women's Fiction 2016. It was also a finalist for the National Book Awards 2015.

1. Why the title, A Little Life? Certainly Jude's life is hardly insignificant or small. Here's what Hanya Yanagihara said when asked by Newsweek if the title is ironic: "All life is small.... Life will end in death and unhappiness, but we do it anyway." The Newsweek interviewer referred to the author's view of life as tragic and futile. Does that make it small? What do you think?

2. An editor once advised Yanagihara to trim the amount of time spent on Jude's childhood, arguing that concentrating so heavily on his physical and psychological deprivations would repulse readers. Yanagihara refused to cut. What do you think? Should she have trimmed the sections? How difficult or painful were those passages for you?

3. Talk about the four main characters: Willem, JB, and Malcolm, as well as Jude. How are they similar, how are they different, and what is behind the strength of their long-lasting friendships? How would you compare their male friendship to those among women?

4. A Little Life focuses heavily on the inner lives of its characters, with very little attention paid to exterior surroundings. Do you feel the interiority slows the book down, makes it drag in parts? Or do you find the inward focus enriches the story, making it compelling, even enthralling?

5. Were you disappointed with the lack of central, well-developed female characters? Yanagihara, again in Newsweek, said that “men are offered a much, much smaller emotional vocabulary to work with,” which makes them more challenging to write about. Women, on the other hand, have a well-trod emotional landscape and are less interesting to her as a writer. What are your thoughts?