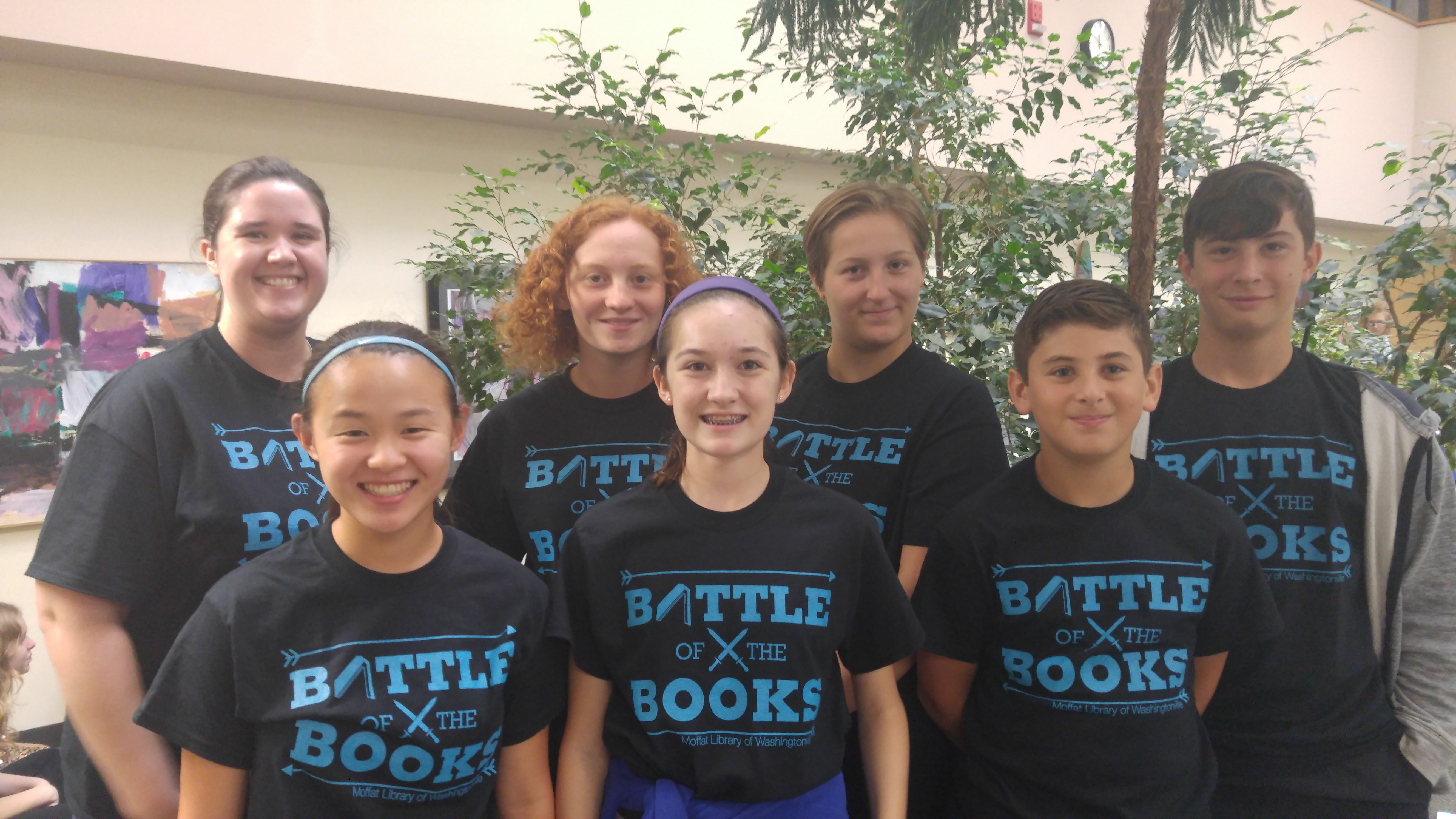 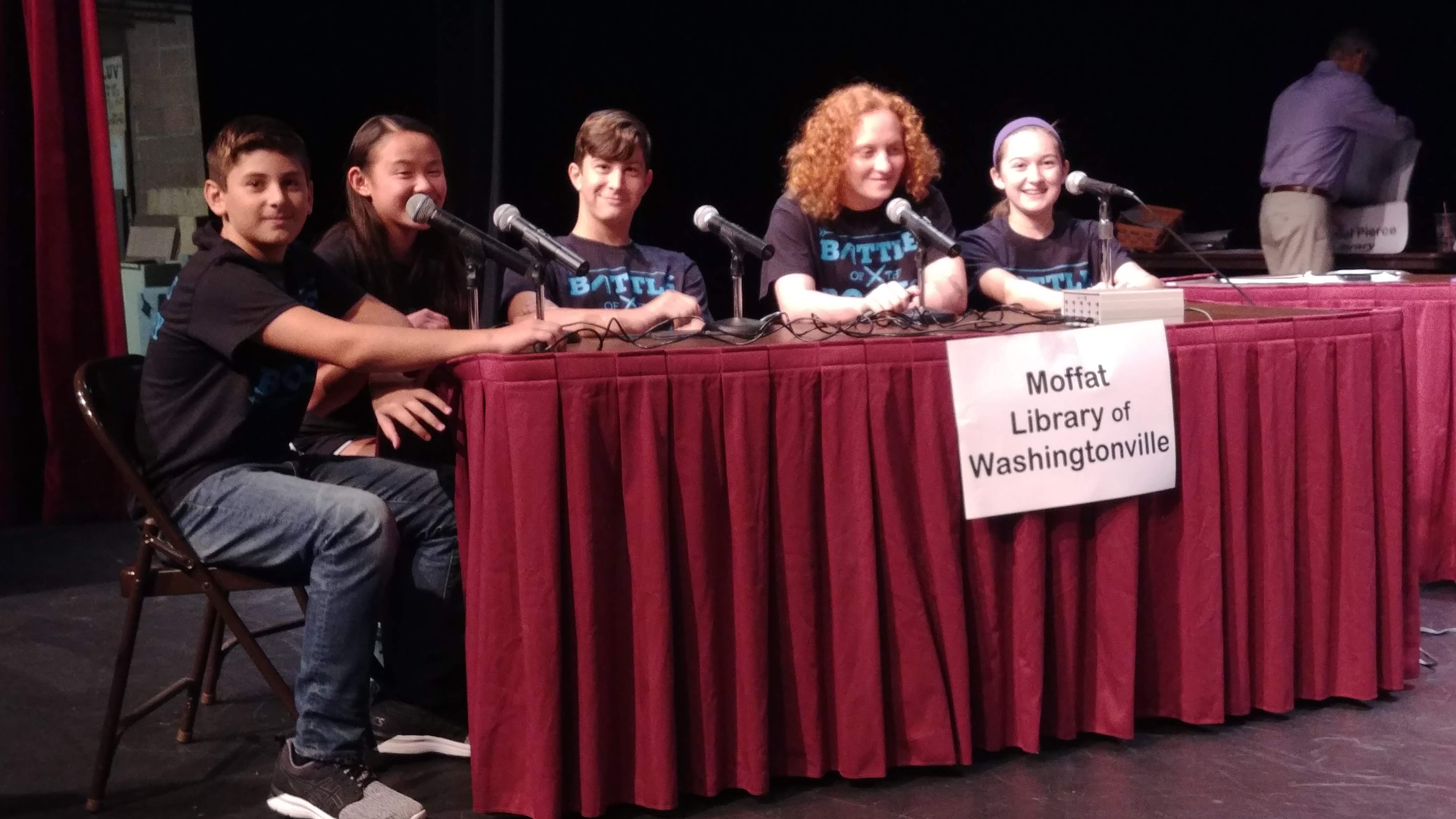 RIGHT: The Moffat Team under the gun!

RCLS's 2018 BATTLE OF THE BOOKS took place on Saturday, September 8th at SUNY OCC in Middletown. This year, 18 teams from libraries in the Ramapo Catskill Library System competed. Each teen was asked to read eight YA books in preparation for the competition in various genres such as fantasy, nonfiction, and historical fiction. The teens representing Moffat Library began reading and practicing months in advance, and they were able to stay in the Battle for three rounds on Saturday.