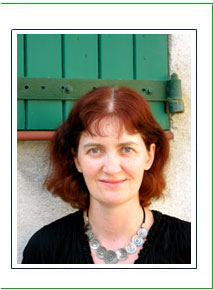 The author's biography is available at the author's website and Contemporary Authors Online.

Other Books/Formats by Emma Donoghue

1. Why do you think the entire book is told in Jack’s voice? Do you think it is effective?

2. What are some of the ways in which Jack’s development has been stunted by growing up in Room? How has he benefited?

3. If you were Ma, what would you miss most about the outside world?

4. What would you do differently if you were Jack’s parent? Would you tell Jack about the outside world from the start?

5. If Ma had never given birth to Jack, what would her situation in Room be like?

6. What would you ask for, for Sundaytreat, if you were Jack? If you were Ma?

7. Describe the dynamic between Old Nick and Ma. Why does the author choose not to tell us Old Nick’s story?

8. What does joining the outside world do to Jack? To Ma?

9. What role do you think the media play in the novel?

10. In a similar situation, how would you teach a child the difference between the real world and what they watch on television?

11. Why are we so fascinated by stories of long-term confinement?

12. What were you most affected by in the novel?
(Questions issued by publisher.)