Black History and Culture in the Hudson Valley: Slavery

In 1626  the Dutch West India Company shipped 11 African slaves into New Amsterdam. Some of the enslaved were moved to Fort Orange (Albany). Soon after Hudson Valley estate holders bought enslaved Africans to work their farms. The French Huguenot founders of New Paltz

purchased the first of their numerous enslaved people in Kingston in 1674. In 1664, when the British took possession of the colony, about 800 Africans and their children inhabited the Valley, fewer than 10% considered free.

As farming replaced the fur trade as the main economic engine in the Hudson Valley, the enslaved population increased. Most Hudson Valley farms were much smaller than Southern plantations so property holders rarely enslaved more than 1-5 people. The enslaved labored throughout the Hudson Valley on both sides of the Hudson River, engaging in everything from farming to household chores to skilled work.  By 1790, the first federal census counted more than 21,000 enslaved New Yorkers, nearly as many as documented in Georgia.

The enslaved in New York sometimes rebelled against their owners. In 1712, 23 slaves killed nine whites in New York City, and rumors of slaves plotting revolts from New York City to Albany kept tensions high throughout the 18th century. In 1775, two enslaved men were overheard planning to burn Kingston and kill white people as they fled. The men were imprisoned and the plot was foiled. In 1794, three slaves — including two girls of 12 and 14 — were hanged for setting a fire that burned much of downtown Albany.

By the late 18th Century antislavery advocates were making their voices heard and attempts were made at legislating slavery out of existence in New York. In 1799 the Gradual Emancipation Act was passed but it did not immediately free anybody (most NY State Senators were slaveholders). Enslaved children born after July 4, 1799 were "freed" but indentured until they were young adults. In 1817 a new law passed that "freed" slaves born before 1799 but not until 1827 (see Committee Formed to Begin Planning for Bicentennial of Slavery Abolition in New York State).

Many in the mid-Hudson Valley were opposed to abolition and abolitionists, but the movement grew. When the US Fugitive Slave Act of 1850 required the return of runaway slaves even in free states with harsh penalties for those who didn't cooperate, the Underground Railroad sprouted in the Valley, utilizing river boats, the railroads and overland routes to help those fleeing from slave states to make their way to Canada or other places where they could hide from their pursuers.

These articles and websites discuss the history and characteristics of slavery in the Hudson Valley:

The Missing Chapter: Untold Stories of African American Presence in the Hudson Valley

Orangetown, History of Slavery in

Slavery and Resistance in the Hudson Valley Excerpt from the Foreword to In Defiance: Runaways from Slavery in New York's Hudson Valley 1735-1831)

New York Slavery Records Index  (Records of Enslaved Persons and Slave Holders in New York from 1525 though the Civil War)
You can search by town and/or county to find list of the enslaved in our area (Southern Ulster county towns, including Newburgh, did not become part of Orange County until 1798)

The Hasbrouck Family of Newburgh and Slavery

Antislavery and the First Congregational Church of Poughkeepsie

Free Blacks and Quakers Were Instrumental in Local Antislavery Momentum

Sojourner Truth - born into slavery in Ulster County, she escaped in 1826 and became an abolitionist and women's right's advocate. Smithsonian magazine named her one of the 100 Most Significant Americans of All Time 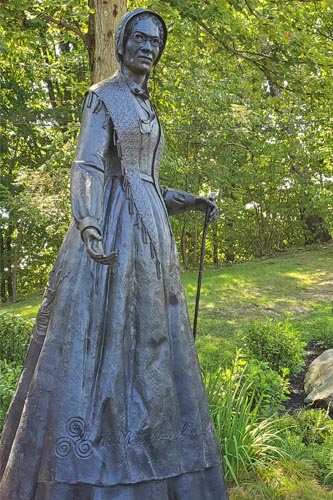 Navigating the Underground Railroad in the Hudson Valley (YouTube video) 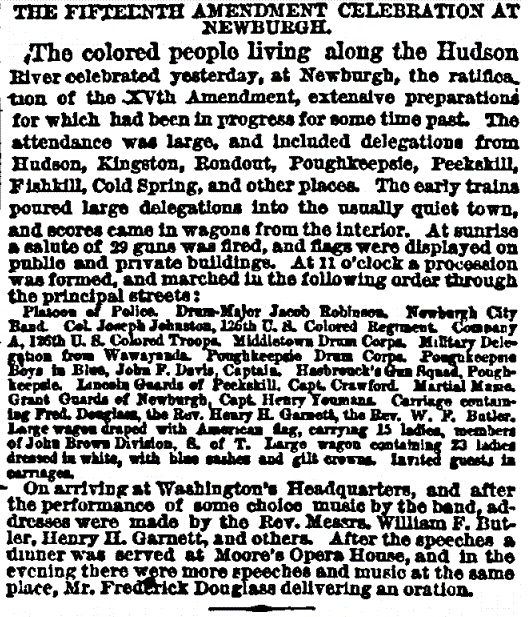