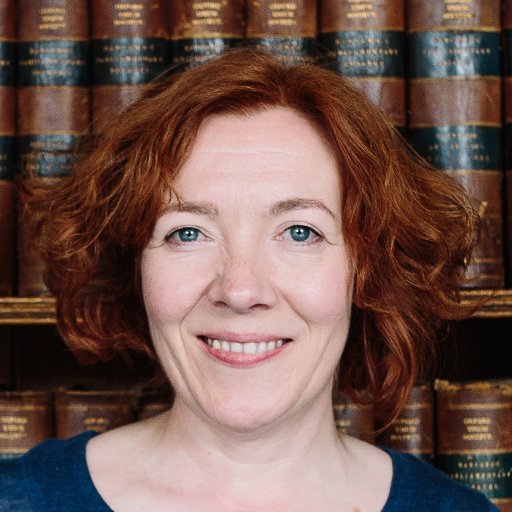 Information about the author is available at https://www.dianesetterfield.com/profile/

Get personal with Diane Setterfield

When asked if she uses typewriter, laptop or pen to write, Diane responded "This is an odd question, but people do keep asking it! I could do with three hands because although I work as standard on a laptop, I always have a pen and paper to hand for sudden ideas that come to mind, memos to myself, jotted lists of details to be worked in later."

The Thirteen Tale was published in 38 countries worldwide and has sold more than three million copies. It was number one in the  New York times hardcover fiction list for three weeks and is enjoyed as much for being ‘a love letter to reading’ as for its mystery and style. The Thirteenth Tale was acquired by Heyday Films and adapted for television by the award-winning playwright and scriptwriter, Christopher Hampton. Starring Vanessa Redgrave and Olivia Colman, it was filmed in North Yorkshire and broadcast by BBC2 in 2013.

1. Much of the novel takes place in two grand estates—Angelfield and then Miss Winter's. How are the houses reflections of their inhabitants?

2. As the story unfolds, we learn that Margaret and Miss Winter are both twins. What else do they have in common?

3. Margaret and her mother are bound by a singular loss—the death of Margaret's twin sister. How has each woman dealt with this loss, and how has it affected her life? If her parents had told her the truth about her twin, would Margaret still be haunted?

4. Books play a major role in this novel. Margaret, for example, sells books for a living. Miss Winter writes them. Most of the important action of the story takes place in libraries. There are stories within stories, all inextricably intertwined. Discuss the various roles of books, stories, and writing in this novel.

5. Miss Winter asks Margaret if she'd like to hear a ghost story—in fact, there seem to be several ghost stories weaving their way through. In what ways is The Thirteenth Tale a classic, gothic novel?

6. Miss Winter frequently changes points of view from third to first person, from "they" to "we" to "I," in telling Margaret her story. The first time she uses "I" is in the recounting of Isabelle's death and Charlie's disappearance. What did you make of this shifting when Margaret points it out on page 204?

7. Compare and contrast Margaret, Miss Winter, and Aurelius—the three "ghosts" of the novel who are also each haunted by their pasts.

8. It is a classic writer's axiom that a symbol must appear at least three times in a story so that the reader knows that you meant it as a symbol. In The Thirteenth Tale, the novel Jane Eyre appears several times. Discuss the appearances and allusions to Jane Eyre and how this novel echoes that one.

9. The story shifts significantly after the death of Mrs. Dunne and John Digence. Adeline steps forward as intelligent, well-spoken, and confident—the "girl in the mists" emerges. Did you believe this miraculous transformation? If not, what did you suspect was really going on?

10. Dr. Clifton tells Margaret that she is "suffering from an ailment that afflicts ladies of romantic imagination" when he learns that she is an avid reader of novels such as Wuthering Heights, Jane Eyre, and Sense and Sensibility. What do you think he means by drawing such a parallel? What other parallels exist between The Thirteenth Tale and classic nineteenth-century literature?

11. When did you first suspect Miss Winter's true identity? Whether you knew or not, looking back, what clues did she give to Margaret (and what clues did the author give to you)?

12. Margaret tells Aurelius that her mother preferred telling "weightless" stories in place of heavy ones, and that sometimes it's better "not to know." Do you agree or disagree?

13. The title of this novel is taken from the title of Miss Winter's first book, Thirteen Tales of Change and Desperation, a collection of twelve stories with a mysterious thirteenth left out at the last minute before publication. How is this symbolic of the novel? What is the thirteenth tale?

14. When do you think The Thirteenth Tale takes place? The narrator gives some hints, but never tells the exact date. Which aspects of the book gave you a sense of time, and which seemed timeless? Did the question of time affect your experience with the novel?
(Questions issued by publisher.)