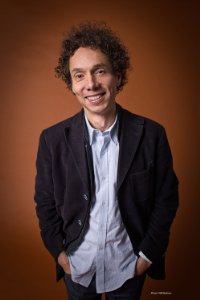 Information about the author and his work is available at http://gladwell.com/

Chapter 1: THE THEORY OF THIN SLICES

1. Have you ever had a feeling that a couple’s future is successful or doomed just by witnessing a brief exchange between them? What do you think you’re picking up on?

2. Many couples seek marriage counseling from a therapist, a priest, rabbi etc. But do you think a couple about to get married should go and see John Gottman, the psychologist who can predict with a 95% accuracy whether a couple will be together in 15 years just by watching an hour of their interaction? If you were about to be married or could go back to before you were, would you want to see Gottman and find out his prediction?

3. The central argument of the chapter is that our unconscious is able to find patterns in situations and behavior based on very narrow slices of experience. This is called ‘thin-slicing.” What kinds of phenomena, if any, do not lend themselves to ‘thin-slicing?’

4. Gottman decodes a couple’s relationship and predicts divorce by identifying their patterns of behavior. Can we change our natural and unconscious patterns of behavior? Would awareness of these patterns with our partner be enough to avert an inevitable break-up?

6. The psychologist, Samuel Gosling, shows how ‘thin-slicing’ can be used to judge people’s personality when he uses the dorm room observers. Visualize your bedroom right now. What does it say about you?

7. If scrolling through someone’s iPod or scanning their bookshelf can tell us more about that individual, what other kinds of ‘thin-slicing’ exercises could reveal aspects of their personality?

Chapter 2:  THE LOCKED DOOR: THE SECRET LIFE OF SNAP DECISIONS

1. Art historian Bernard Berenson or billionaire George Soros are examples of practiced ‘thin-slicers’ who have made highly pressured snap judgments based on nothing more than a curious ringing in the ears or a back spasm. What kind of physical, inexplicable cues have you or others you know of experienced which led to successful decision-making?

2. Priming refers to when subtle triggers influence our behavior without our awareness of such changes. An example of this occurs in Spain where authorities introduced classical music on the subway and after doing so, watched vandalism and littering drastically decrease. Can you think of situations when priming occurs?

3. Should we introduce priming in schools to encourage better behavior or more diligent work patterns? What about the service industry? Could employers prime their staff to be more polite to customers?

4. If an individual’s behavior is being influenced unbeknownst to them, when can priming become manipulative? How is it different from the controversy a few years back when cinemas used subliminal advertising during previews to ‘encourage’ people to buy from the confectionary stand?

5. The Iyengar/Fisman study revealed that what the speed-daters say they want and what they were actually attracted to in the moment didn’t match when compared. What does this say for on-line dating services? Can we really predict what kind of person we will ‘hit it off’ with? Is it better to let friends decide who is more suited for you as opposed to scanning profiles that correspond with your notion of what you think you are looking for?

6. Does your present spouse/ partner fit the preconceived idea of whom you imagined yourself ending up with? Have you dated someone that was the antithesis of what you thought you found attractive? Is there even a point of asking someone, “what’s your type?”