Stuck inside? Enjoy these resources for a rainy, or not so rainy day!

Welcome to the virtual program hangout for this year's Summer Reading Program for Adults: "Imagine Your Story"! Here you will find games, events, and reading lists to help you make this summer a memorable and fun experience wherever you are! If you haven't already, signup for the adult Summer Reading Program by clicking here!

A challenge within a challenge? Can you read enough books with the following characteristics to score BINGO? Note the book on the card to help you keep track of your reading! There are three different versions to keep your reading fun and diverse during the summer or beyond!

Gaming on the Go!

These fantasy-inspired games are free to print and play from home!

Fantastic books and where to find them!

Curated booklists created by our librarian staff to help you on your summer reading journey!

Coloring, crafting, backyard exploring, and more! Check out these resources to discover a new hobby, or share your summer reading experience with others!

Join our reference librarian Matt as we explore the fantasy genre as viewed through film! Watch a short introduction of the movie first, then login to your Kanopy Streaming Video account by going to moffatlibrary.kanopy.com or using the Kanopy App on your SmartTV or mobile device to view the film on your own! 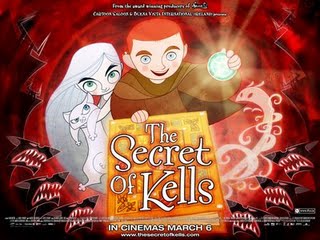 In a remote medieval outpost of Ireland, young Brendan embarks on a new life of adventure when a celebrated master illuminator arrives from foreign lands carrying a book brimming with secret wisdom and powers. To help complete the magical book, Brendan has to overcome his deepest fears on a dangerous quest that takes him into the enchanted forest where mythical creatures hide.

Be inspired to create a fantasy world in miniature! Each week our Reference Librarian will upload instructions for micro-scale LEGO models to our Youtube channel!  This week we're building a sea monster!

Be inspired to create a fantasy world in miniature! Each week our Reference Librarian will upload instructions for micro-scale LEGO models to our Youtube channel!