Frederick Douglass came to Newburgh on August 11, 1870 as part of his speaking tour on the 15th Amendment.

In His Own Words

What To the Slave is the Fourth of July 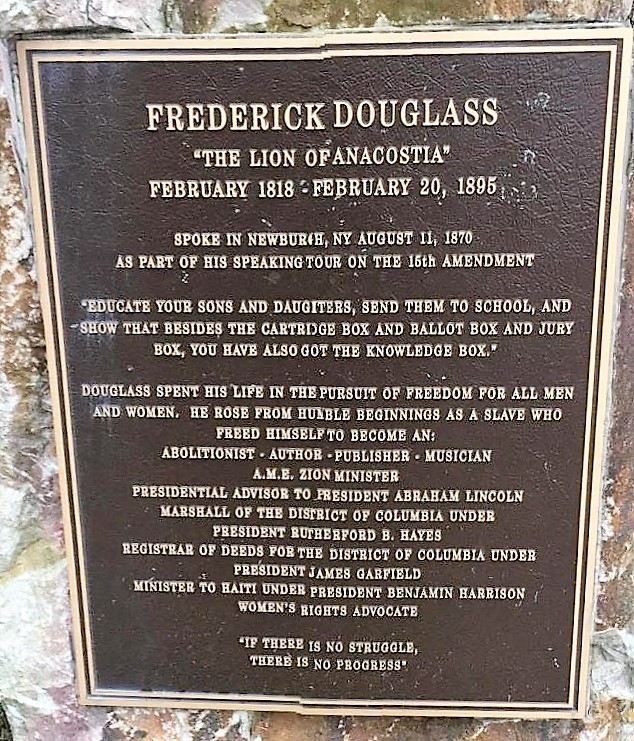 The 150th Anniversary of Frederick Douglass’ Visit to Newburgh

Did you know the Newburgh Free Library was the site of the Opera House where Frederick Douglass spoke? In just 5 years from the passage of the 13th Amendment ending slavery, two more momentous civil rights amendments were enacted. The passage of the 14th Amendment to the Constitution on July 28, 1868 made African-Americans citizens of the United States. Less than two years later, on Feb. 3, 1870, the 15th Amendment granted African American men the right to vote. In celebration of the successful passage of the 15th Amendment, abolitionist and AME minister Frederick Douglass conducted a national speaking tour; and, on August 11, 1870, he came to Newburgh. An estimated that 4,000 people came here to listen to him at the opera house. The library /BOE complex now encompasses the property where the opera house once stood. He also took part in a march on Washington Street and visited the AME Zion church. 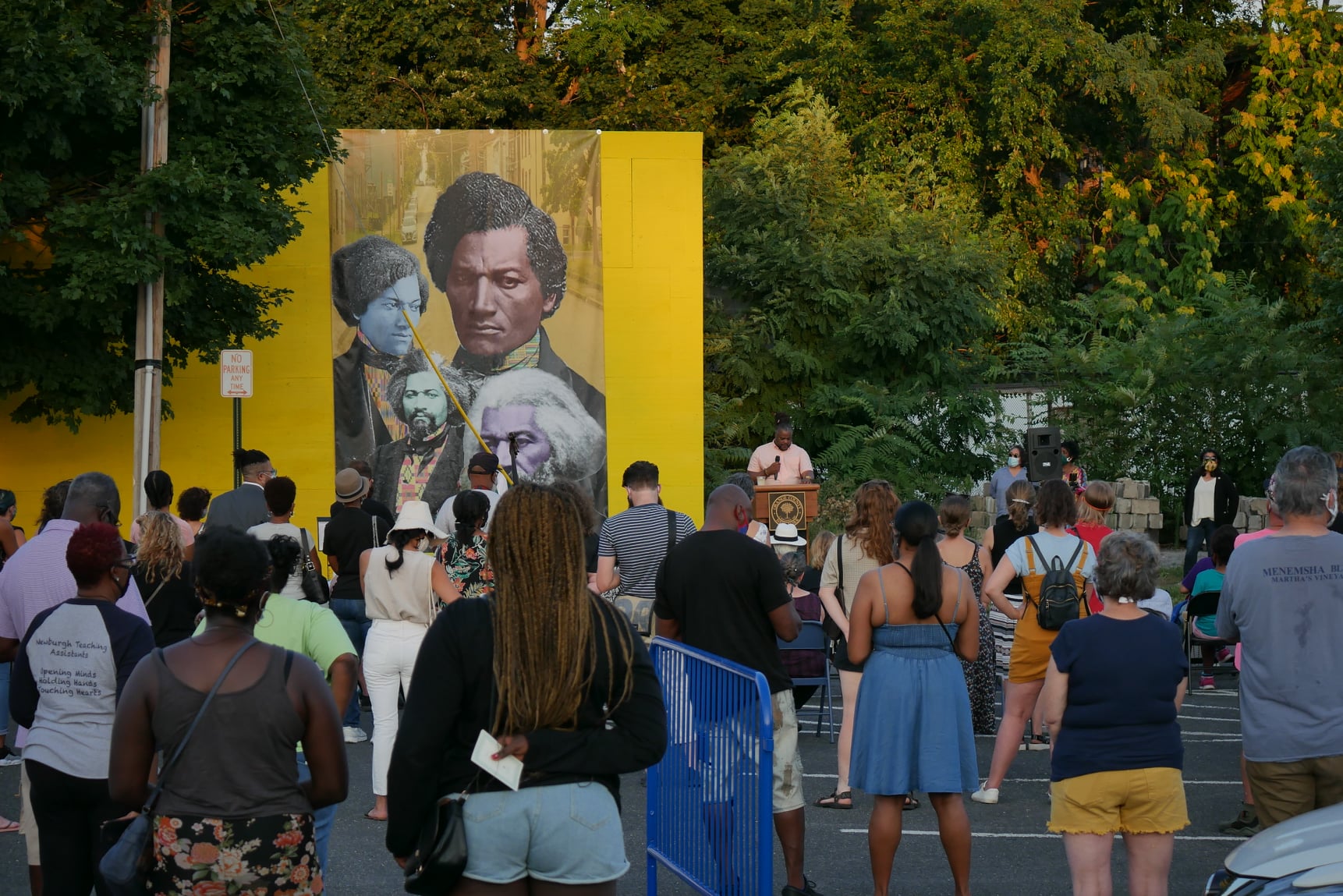