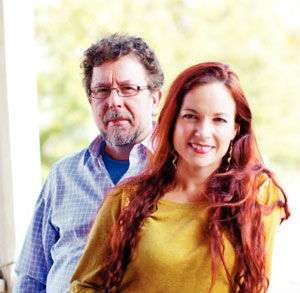 Other Works by Tom Franklin

1. The town of Hobnob, Mississippi, is located on an elbow of the Mississippi River and is in danger of flooding. To offset the risk, the townspeople were offered the chance to relocate in exchange for money so that Hobnob can be flooded. Some people jumped at the opportunity (the Flooders); others (the Stickes) refused to leave, so the deal fell through. If you lived in Hobnob, which choice would you make and why? How would you try to convince others to follow your lead?

2. THE TILTED WORLD is set during the Prohibition Era. How are the circumstances during that time (laws against consuming or selling alcohol, underground businesses that make and sell booze on the black market, corruption in the government and in law enforcement) similar to what’s happening today (the fight to legalize and tax marijuana, the fallout of the drug war in countries like Mexico and Colombia, jails filled with drug abusers)? How are the circumstances different? Do you identify with the bootleggers or the prohibitionists in the novel? What is your stance on the issue today?

3. THE TILTED WORLD is written in third person from two different perspectives --- Ingersoll’s and Dixie Clay’s --- in alternating chapters. How do you think this approach adds to or detracts from the story? Are you a fan of books written from multiple perspectives, or do you prefer one character to tell his/her side of the story? How about books that are written in first or third person?

4. THE TILTED WORLD is written by two authors. Does it read differently than a book that is written by one author? What do you imagine the authors’ process being like on a daily basis? Do you think you could co-author a novel, or would you prefer to write a book alone?

5. Language and dialect play an important role in the book. Do you think the Southern dialect is rendered successfully? How about the authors’ use of similes (“wet towels hanging out of the upstairs windows like tongues” p. 65; “Her nylon stockings sagged around her ankles like shedding snakeskin.” p. 65). Do they provide necessary context or flavor, or do you think they are overdone?

6. At the end of Chapter 5 when Jesse, Ham and Ingersoll first meet, Ingersoll realizes that Jesse has been drinking water the entire time they’ve been at dinner. Of course, Ham and Ingersoll are both drunk from all the moonshine. How does this discovery set the stage for what happens in the latter half of the book?

7. Ingersoll grew up an orphan. How do you think that independence informed his character? His choices throughout the novel? Do you think it’s part of the reason why he chooses to give Willy to Dixie Clay, because of her fierce confidence and independent nature?

8. At the beginning of the novel, there’s a showdown between Jesse and two revenuers interested in making an arrest. Dixie Clay intercepts the arrest, pretending to be a posse of gunslingers protecting Jesse and the still. Given what you find out about Jesse --- his dishonesty, his drunkenness, his womanizing --- do you think she made the right choice? If you were in Dixie Clay’s shoes, what would you have done?

9. During Willy’s first illness, Dixie Clay reflects on her first son, Jacob’s death. She says on page 165, “I’d sometimes feel a love him so strong, it almost scared me. Like I had to grit my teeth to keep from biting him. I’d think about women who’d adopted babies and I’d think that there was no way they could love those babies like I loved my flesh and blood. But now I know better.” What do you think about Dixie Clay’s revelation? Do you agree, or do you think it’s a different kind of love?

10. Ingersoll is a revenuer; his job is to arrest bootleggers. Yet he clearly has feelings for Dixie Clay, despite finding out about her secret profession. In the end, he decides not to arrest her. Do you think this is a realistic plot development? Would a man tied to a job look the other way if the person he was going after was a love interest? What would you do if you were in Ingersoll’s shoes? Would you choose a potential love interest and risk ruining a hard-earned career?

11. The authors withhold facts about Ham’s identity and his relationship to Ingersoll until more than half of the book has unfolded. Did your opinion of Ham change once you found out who he was? Did the discovery change the way you perceived Ingersoll? When reading a book, do you prefer to know who characters are up front, or do you think surprise twists can sometimes add to the momentum of the story?

12. There are many secrets throughout the novel --- Jesse’s infidelity, Jesse’s hidden stash of cash and plans to blow up the levee to flee to New Orleans, Ingersoll’s conflicted feelings about Dixie Clay, the identities of the saboteurs and what actually happened to the original revenuers who disappeared --- and each is revealed at a different strategic point. In many ways, the historical novel is also a whodunit. Did you solve any of the mysteries before the truth was revealed, or did any of them catch you by surprise?

14. When Ingersoll and Dixie Clay are in the boat and heading toward Greenville, Ingersoll reflects on his life. He says, “…even if they had met, Dixie Clay wouldn’t have liked him. No way, no sir. A gal that pretty, and that smart --- she’d have to choose the Jesses of the world. The handsomest, most charming, most eloquent. Maybe she’d needed her dream to come true to realize it was the wrong dream.” What do you think Ingersoll meant by that? When you look at your own life or those of your friends and acquaintances, do you find his reasoning to be accurate? Why or why not?

15. Ingersoll is somewhat of a loner. Yet he also feels a great deal. When he and Dixie Clay are in the boat (on p. 253), he reflects further: “He had some kind of remove. He’d felt, he’d always felt, that he was passing through. Passing over, passing under, passing through. Sometimes he wondered --- did everyone feel this way? But they must not. Look at all of them caring.” Would you say Ingersoll was one of the more caring characters of the book, or did you find him to be remote? Which type of person are you: a loner or a carer?

16. In many ways, THE TILTED WORLD tells a “white” story, yet there’s also the underlying presence of an emancipated, but still racially intolerant and segregated South. Do you think the authors did enough to include that portion of history in the novel? Why or why not?

17. Did you know anything about the Great Flood of 1927 before you picked up THE TILTED WORLD? Even though it’s fictional, did the novel inspire to find out what actually happened during that time?

18. The epilogue provides a sense of closure for the book. Did you like the ending and find it fitting, or would you have written it differently if you were the author? Do you prefer to read books where events are wrapped up tidily, or would you rather have a few loose ends left over?