Discussion Guide for Salvage the Bones by Jesmyn Ward: Home 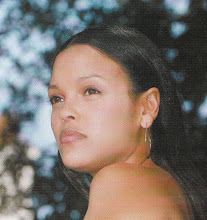 Information about the author is available at her blog.

(From the Reading Group Guides)

1. Salvage the Bones opens with China giving birth to a litter of puppies in the shed. What do we learn about Esch and the rest of the Batiste family during this scene? How does each of Esch’s brothers react to the puppies’ birth? What will Esch learn about motherhood from watching China with her puppies?

2. Esch’s summer reading assignment, Mythology by Edith Hamilton, includes the story of the tragic romance between Jason and Medea. How does the myth of Jason and Medea relate to Esch’s relationship with Manny? In the end, does Esch betray her family for love, as Medea did?

3. Chart Esch’s attitude toward her pregnancy through the twelve days of the novel. How does Esch first realize that she might be pregnant, and how does she react when her suspicion is confirmed? When do we see Esch in stages of denial, fear, and acceptance? How do Skeetah and Daddy respond when they discover Esch’s pregnancy?

4. Discuss the nature of Skeetah’s bond with his pit bull, China. Why is Skeetah so committed to China and her puppies? How does Skeetah negotiate his responsibilities to his family and to his dog?

5. How does Daddy seem to know that a storm is coming before anyone else? How do his children and neighbors react to his early preparations? Why do Daddy’s precautions fail in the face of Katrina’s destruction?

6. Esch wonders “if Daddy will feel his missing fingers the way we feel Mama, present in the absence” (247). Discuss the presence of Mama in the novel, even though she has been dead for seven years. How does Mama live on in her children’s memory?

8. Discuss the depiction of violence in Salvage the Bones. What do scenes of violence including Daddy’s loss of his fingers, China’s brutal killing of her puppy, and the dogfight between China and Kilo add to the novel? How do violence and tenderness coexist in this troubled setting?

9. Consider how Manny betrays Esch and her brothers. How does Manny treat Esch before and after he learns of her pregnancy? Why does Manny turn on Skeetah and China and support Rico and Kilo in the dogfight?

11. Discuss the setting of Salvage the Bones. How does the Pit the lot where the Batiste family has lived for generations look and feel? What is it like to grow up in the town of Bois Sauvage? What are race relations like in this rural Mississippi area?

12. Review the scenes of the hurricane, in which Esch, her brothers, and Daddy scramble from their attic to their roof to Mother Lizbeth and Papa Joseph’s house in order to escape the rising water. How do these family members help each other survive these treacherous conditions? Why does Daddy throw Esch into the water, and how does he later express regret?

13. Skeetah lets go of China in order to save Esch from drowning in the storm. Does Skeetah seem to regret his choice of sister over dog? What is the mood at the end of the novel, as Skeetah waits by the house for China to return to him?

14. Big Henry tells Esch, “This baby got plenty of daddies” (255). Name the “daddies” who will help Esch raise her child. What assistance does each of these boys and men have to offer?

15. Compare the portrayal of Katrina in Salvage the Bones to what you saw of the hurricane in the news. Which aspects of the storm’s devastation does this novel bring to life? What does Esch’s perspective add to your understanding of Katrina’s impact?

If you liked Salvage the Bones, you might enjoy the following books.