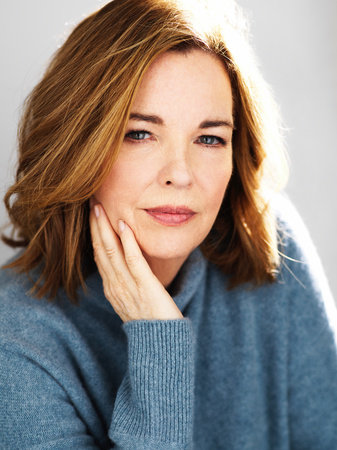 Martha Hall Kelly's inspiration for Lilac Girls came about when she toured the Bellamy-Ferriday House in Bethlehem, Connecticut, where Caroline Ferriday lived. It is a lovely old-federal style home with a magnificent garden. During the tour, Martha noticed a black and white photograph of a group of Polish women.  “They are the Lapins–the rabbits,” the guide said. “Caroline took up their cause after they were experimented upon by the Nazis at Ravensbruck Concentration Camp.”  Thus a novel was born.  Here is a link to the Bellamy-Ferriday House if you are interested in touring and seeing the inspiration for the novel http://www.cthistoricgardens.org/gardens/bellamy-ferriday-house-garden/

Martha Hall Kelly is working on two prequels to Lilac Girls. The first, Gin Lane, takes place in WWI and tells the story of Caroline’s mother Eliza’s fight to help Russian refugees displaced by the revolution there. The second prequel takes place during The Civil War and tells the story of Caroline’s ancestors, the incredibly philanthropic Woolsey women, staunch abolitionists who tended to wounded soldiers on the Gettysburg battlefield.

The novel is historical fiction, based on the true story of 72 Polish women who were imprisoned and experimented on at Ravensbruck Concentration Camp and how Caroline Ferriday, an American philanthropist and former actress brought them to the U.S. for rehabilitation and the trip of a lifetime.

1. What role did—could—compassion play in the horrific conditions of Nazified Europe? What were the dangers to those who attempted to act compassionately? How might you have chosen if faced with such a dire dilemma: compassion vs. risk?

2. Talk about the different backgrounds of Caroline, Kasia, and Herta, and how their lives are shaped by their upbringing.

3. Both Caroline and Kasia make foolish mistakes. Does that affect your ability to elicit sympathy for the two characters?

4. "Man's inhumanity to man" is one of the main concerns of LiLac Girls. Talk about the "slippery slope" on which Herta finds herself. How did she end up in the untenable situation in which she finds herself? How culpable is she?

5. Were parts of this book too difficult to read? Is there a need to continue writing about these experiments?