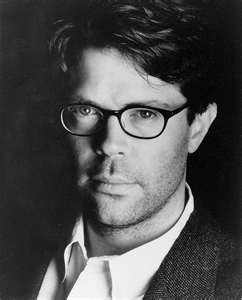 His biography is available at the Literature Resource Center.

Some articles may require you login with your library barcode.

Other Books by Franzen

If you liked Freedom, you might want to try one of Franzen's other titles.

1. Jonathan Franzen refers to freedom throughout the novel, including the freedom of Iraqis to become capitalists, Joey’s parents’ attempt to give him an unencumbered life, an inscription on a building at Jessica’s college that reads USE WELL THY FREEDOM, and alcoholic Mitch, who is “a free man.” How do the characters spend their freedom? Is it a liberating or destructive force for them? Which characters are the least free?

2. Freedom contains almost cinematic descriptions of the characters’ dwelling places, from the house in St. Paul to Abigail’s eclectic Manhattan apartment. How do the homes in Freedom reflect the personalities of their occupants? Where do Walter and Patty feel most at home? Which of your homes has been most significant in your life?

3. As a young woman, Patty is phenomenally strong on the basketball court yet vulnerable in relationships, especially with her workaholic parents, her friend Eliza, and the conflicted duo of Richard and Walter. What did her rapist, Ethan Post, teach her about vulnerability? After the rape, what did her father and the coaches attempt to teach her about strength?

4. What feeds Richard and Walter’s lifelong cycle of competition and collaboration? If you were Patty, would you have made the road trip with Richard? What does Freedom say about the repercussions of college, not only for Walter and Patty but also for their children?

5. How would you characterize Patty’s writing? How does her storytelling style compare to the narrator’s voice in the rest of the novel? If Walter had written a memoir, what might he have said about his victories, and his suffering?

6. Which tragicomic passages in Freedom made you laugh? Which characters elicited continual sadness and sympathy in you? How does Franzen balance poignant moments with absurdity?

7. Discuss the nature of attraction, both in the novel and in your own experience. What does it take to be desirable in Freedom? In the novel, how do couples sustain intense attraction for each other over many phases of their lives?

8. Does history repeat itself throughout Walter’s ancestry, with his Swedish grandfather, Einar, who built roads, loathed communism and slow drivers, and was cruel to his wife; his father, Gene, a war hero with fantasies of success in the motel business; and his mother, Dorothy, whose cosmopolitan family was Walter’s salvation? What do all the characters in the novel want from their parents? How do their relationships with their parents affect their relationships with lovers?

9. After her father’s death, Patty asks her mother why she ignored Patty’s success in sports, even though Joyce was a driven woman who might have relished her daughter’s achievements. She doesn’t get a satisfactory answer; Joyce vaguely says that she wasn’t into sports. Why do you think Patty did not garner as much attention as her sisters did? How did your opinion of Veronica and Abigail shift throughout the novel? Does Patty treat Jessica the same way her parents treated her?

10. How is Lalitha different from the other characters in the novel? How does her motivation for working with the Cerulean Mountain Trust compare to Walter’s? Does Walter relate to the cerulean warbler on some level?

11. What accounts for the differences between Joey and Jessica? Is it simply a matter of genes and temperament, or does gender matter in their situation?

13. Did Carol and Blake evolve as parents? What sort of life do you predict for their twin daughters?

14. Near the end of the novel, Franzen describes Walter’s relationship with Bobby the cat as a sort of troubled marriage. Was their “divorce” inevitable? When Patty is eventually able to serve as neighborhood peacemaker, even negotiating a truce with Linda Hoffbauer, what does this say about her role in Walter’s life? Does she dilute his sense of purpose and principle, or does she keep him grounded in reality?

15. How would you answer the essential question raised by Walter’s deal with the Texas rancher Vin Haven: What is the best way to achieve environmental conservation?

16. Consider the novel’s epigraph, taken from Shakespeare’s The Winter’s Tale. The lines are spoken by Paulina in the final act, after she learns the fate of her dead husband. She receives the news while surrounded by happy endings for the other characters. The most obvious parallel is to Walter, but who else might be reflected in these lines?

17. What unique truths emerge in Freedom? In what ways does this novel enhance themes (such as love and commitment, family angst, the intensity of adolescence, and the individual against the giant --- corporate, governmental, and otherwise) featured in Franzen’s previous works, including his nonfiction?

If you liked Freedom, you might want to read  the following: