book discussion guide for About Schmidt by Louis Begley 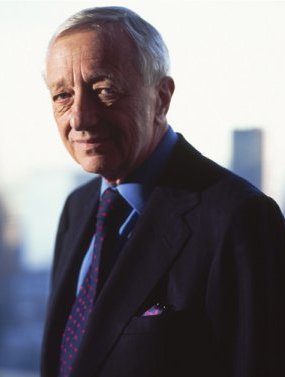 The author's biography is available at the author's website and at Contemporary Author's Online.

About Schmidt Was Changed, But Not It's Core ( Art and Leisure Desk) New York Times, January 19, 2003

Other Books by Louis Begley

1. This book is about a man whose life, as he has always known it, is about to change forever. What happens to a man who loses everything: his profession, his wife, and his daughter in a short span of time? How does he go about building a new life for himself in his sixth decade?

2. How are today's views on aging different from what they were at the turn of this century; or, perhaps, even as recently as the mid-1950s? How was a man in his sixties viewed one hundred years ago, fifty years ago? How was he "expected" to behave? How do older people today view their future, now that life expectancy has been so dramatically increased?

3. How do you think Schmidt's feelings about his own childhood and parents have affected his relationships with his wife and daughter?

4. Schmidt says he expects all lives to end badly. How does he feel about his own life? How do you think Schmidt's life will end?

5. What problems or concerns might older people have today that they might not have had eighty, or even less than forty years ago? Where might they turn for help, solace, affection, understanding? How does aging and its accompanying problems expose one's frailties and flaws? How does one go about examining one's life? Is the process of self-discovery different when you're older?

6. What do you see as lost opportunities in Schmidt's life; professionally, socially, emotionally? Do you think he regrets having retired from his firm? What do you think he misses the most? What does he have regrets about? How would you feel about stepping aside and handing over power and authority to a younger generation? How would you compensate for the losses experienced and go about rebuilding your life? How would you begin to give it meaning or importance?

7. Do you think Schmidt truly loved his wife? What is the significance of his marital infidelities? How do you suppose he justified them?

8. How does Schmidt cope with his alienation from Charlotte? What steps does he take or could he take to reconcile with her?

9. Why do you suppose Charlotte's character is written out of focus? Why do we only hear from her indirectly; through letters, telephone calls, and messages?

10. Why are Carrie and Schmidt attracted to one another? What qualities endear her to him? What does he offer her?

11. Why does Schmidt object to attending Thanksgiving dinner at the Riker home? What are some of the things he learns about them that surprise him? How was he wrong about them?

13. Older people today are generally healthier and more vigorous than they were in previous generations. With the additional promise of greater life expectancy, there exist the probabilities of new romances and sexual encounters. What hopes, fears, expectations, might one face in reentering this role after many decades? If you were in this situation, what might you do?

14. Give some examples of Jon Riker's behavior that infuriate Schmidt. Why does Schmidt react as strongly as he does? Do you feel his objections are justified? How would you behave in his place?

15. Money seems to be a recurring theme throughout the book. Schmidt is preoccupied with working out numbers so he can maintain his style of living. How does his preoccupation with money play a role in alienating Schmidt from Charlotte? How does money help Schmidt? How does it hurt him? While Schmidt and Mary never discussed money in Charlotte's presence, there were many veiled references to it. How do you think Charlotte was affected by her parents' attitude toward money? Why does her attitude annoy Schmidt?

16. Begley writes about a very closed, privileged society of wealthy people. How do you think the "upper" and "lower" classes view one another? What sets them apart? How might one compare clannishness and anti-Semitism? Are they in any way alike? How are they different?

17. The Bridgehampton property acts to create an enormous rift between Schmidt and Charlotte. What does the house represent to each of them? Why can't Schmidt share the house with them in harmony? Why can't she accept his gift to her and Jon?

18. Schmidt is keenly observant and highly intelligent, yet he is unable to understand the reasons for his problems with Charlotte. Why do you think Mary was always the one to take care of matters concerning Charlotte instead of encouraging Schmidt to develop a closer relationship with her?

20. How would you describe Charlotte's feelings about her father? She accuses him of being anti-Semitic but if she believes this, why had she not objected sooner? Why now and in the manner she chooses? Why does Schmidt not consider himself to be anti-Semitic? What examples does he bring up to bolster his claim? How does his friend Gil react to Schmidt's description of Charlotte's fiancé?

21. Why are Charlotte's marriage to Jon Riker and her conversion to Judaism such a problem for Schmidt? Is it merely a question of religion? Why do you think Charlotte believes it is so important to convert? How does that news add further to Schmidt's sense of isolation?

22. Do you think Schmidt and Charlotte truly love each other? If so, then why can't they understand and accept each other's viewpoints? Is it a generational divide, a difference in values, or something else? Describe Schmidt's reaction to her requests for the family furniture and silver? Why does he object to her work on the tobacco campaign?

23. What do you think Carrie represents to Schmidt? How does he manage to develop such deep feelings for her if he is anti-Semitic? How can Charlotte accuse her father of being anti-Semitic yet object to his having "that Hispanic girl" in the house? What contradictions do you see in Charlotte?

24. Mr. Wilson taunts and frightens Schmidt, but doesn't hurt him. What is Schmidt's reaction when he discovers he has killed him? Why was Mr. Wilson stalking him?

25. How does Schmidt feel about getting older? In what way does his friend Gil mirror the changes in himself? What conflicts of values might exist between the younger and older generations? How may those generational divides contribute to the tension, anger, and frustration that fester in so many families? Are these conflicts any different from previous generations? What pressures exists today that may not have existed in earlier generations? Have you or your family had similar experiences?

26. Schmidt understands Carrie, who is younger than his own daughter, far better than he understands Charlotte. How are the two women different from each other?

27. In spite of Schmidt's many infidelities, including an affair with Charlotte's nanny, he still considers himself to have been a good husband and father. How does he explain this to himself? Do you agree with Schmidt?

28. Why do you think Schmidt decides to hire Bryan to take care of his inherited house in Palm Beach? What would it mean to have Bryan live with him and Carrie? Does Schmidt want that to happen? How has Schmidt's view of people changed after he meets Carrie and Bryan? What do these changes signify? How does Schmidt change?

If you liked About Schmidt, you might want to read or watch the following.