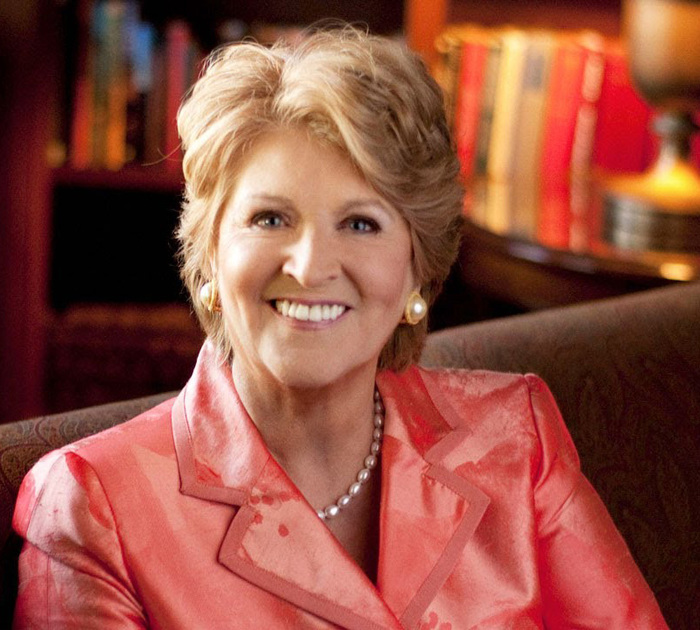 Information about the author is available at http://fannieflaggbooks.com/bios/fannie-flagg

Get personal with Fannie Flagg

Fannie's script for the movie Fried Green Tomatoes was nominated for an Academy Award and the Writers Guild of America Award and won the highly regarded Scripter Award for best screenplay of the year.

Flagg said in an interview in Southern Living that she set I Still Dream About You in Birmingham because "I was trying to write a Valentine to my hometown". Flagg's father and grandfather had worked as motion picture machine operators in numerous theaters, just as the fictional Maggie's parents ran a movie house. Fannie had also competed in Junior Miss Alabama pageants in order to win school scholarships.

1. Maggie’s life hasn’t turned out the way she’d hoped, and at the beginning of the book she makes her big decision to fix it once and for all. Why do you think she feels this way, and what makes her decide that the time has come to put her plan into action?  Have you ever felt the way Maggie does, and if so, what did you do to solve it?   2. Maggie’s decision comes at the end of a perfectly ordinary day, with no bells and whistles or dramatic events. In your opinion, is this typical of the way big changes happen in real life? Can you think of examples in your own life where a major event happened on an otherwise ordinary-feeling day?   3. What are Maggie’s “16 perfectly good reasons to jump in the river”?  If you were making the list, what would you put in your “pros” and “cons” columns?   4. When Charles proposed to Maggie years before, she turned him down. Why did she do this? Do you think she made the right decision, given the circumstances at the time? In hindsight, should she have made a different decision? What would you have done?   5. Both Brenda and Maggie each think that the other’s life is easier and happier. Brenda is envious of Maggie’s good looks and constant cheerfulness and charm, while Maggie wishes she had Brenda’s practicality and the comfort of her big family. Why do you think they believe this—is the grass simply always greener on the other side of the fence? If you had to choose between Brenda’s and Maggie’s, which kind of life would you prefer?   6. Edwina Crocker-Sperry spent her life protecting a huge secret, one that both gave her tremendous freedom and tightly curtailed her world. What do you think that life was like for her? Would you like to have been Edwina, or to have lived a life like hers?  What do you think would have happened if her secret had been discovered?   7. Everyone who meets Hazel Whisenknott falls in love with her, with her energy and enthusiasm and optimism. Even five years after she is gone, she still brightens the lives of all her friends and employees. Do you know anyone like Hazel?   8. Hazel refused to let anything get in the way of her dreams. What lessons could we all learn from Hazel’s story? What about Maggie’s?   9. At one point, Maggie meets a schoolmate who is surprised to hear that Maggie never became Miss America—the friend has been bragging about knowing Miss America for years. When Maggie tells her she was just the second runner-up, she laughs, “Honey, it’s like the Oscars; after so many years, nobody ever remembers who won, just who was nominated.” How does this change Maggie’s perspective? Do you think the observation is true, or not? Can you think of examples?   10. One effect of Maggie’s decision, she realizes, is that she no longer has to worry about the consequences of her actions. She stops going to the gym and watching the news, and starts having a lot more fun. She even speaks her mind to Babs Bingington! If you didn’t have to worry about the long-term consequences of your actions, what would you do differently? Is there anything on your list you might want to do anyway? Is there anything you might want to give up, despite the consequences? (Questions issued by publisher.)